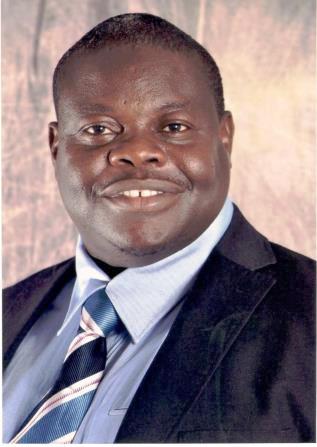 In 1958 Cuba then under the leadership of corrupt and selfish oligarchs experienced a deep impoverishment and emasculation of her citizenry, just like Nigeria under military rule and the past 16 years of misrule under conservative and anti-people party called PDP. Without hope and exacerbated hardship and suffering amongst the people, a group of young and determined men involving legends like Che Guevara and Fidel Castro emerged with the resolve driven by the proletarian objective of seeking an end to the suffering and deprivation which the privileged class engender and foisted on the nation especially the masses who constitute the bulwark of the population.

A rebellion was borne. A revolution led by these two committed and focused individuals. The objective was essentially to build an egalitarian nation, a country where the majority of the citizenry will have equal and unfettered access to social services and public utilities; a nation where the citizenry will have limitless opportunity to press their natural potentials while acquiring new ones unhindered by their circumstances of birth or social upbringing. A Cuba poised to create the right ambience for activating the creative energies and potentials of the people within the context of the resources in the nation.

Buoyed and propelled by the overwhelming objectives anchored on avid patriotism and desire to deliver service and benefits to the citizenry, the peoples’ uprising met with huge success and a revolutionary state based on working class ideology came into being. The ideology of the revolution was one with the yearnings and aspirations of the majority of the citizenry at that particular point in their history.

Post – revolutionary Cuba is a small nation in size and in natural resource endowment but with a rich history that has impacted the world and changed in certain ways the course of human trajectory and international discourse. It was at the heart of the face-off between the US and the then USSR in the famous Bay of Pigs. Today, the nation stands out as a monument of defiance against Western ideological domination very close to the very seat of Capitalism – the US.

One of the basic objectives of the revolution which places cardinal emphasis on the people and the Community propelled the young revolutionaries to invest heavily in empowering the citizenry with the understanding that this remains the best way to move every society forward both during progress and in adversity.

Great emphasis was therefore placed on education which was made free for all Cubans at all levels of education. This made it possible for the nation to produce a very high level of literacy which hovers around the 99% mark almost the highest globally. As a result of this continued commitment to education, the country developed a deep pool of expertise in Medicine, Sciences and Technology and in many other professions with deep skills comparable to any other nation of the world. It was willing to share this huge pool of capabilities with other nations of the world.

Cuban medical Doctors became a common sight all over the world and provided training and medical services to other poor regions of the world including Africa and Nigeria. At a point, their services became central to the delivery of medical care to African countries that some nations relied heavily on them for provisioning of the promises of their nation’s health care programs. This depth of medical professionals has continued to pay off even as we write as nationals of other nations throng Cuban hospitals for specialised medical treatment.

In the field of sports, this nation has produced great athletes that have dominated the world stage especially in the Olympics. Their Boxers and Wrestlers ruled the amateur world in all categories and were a toast of the boxing world while they also dominated in other field events including their performance in Calisthenics and choreography.

Cuba provided the military expertise and in some cases the foot soldiers that fought in the various liberation struggles in Africa and in some other oppressed peoples of the world. Without the support of Cuba, the independence struggle in Mozambique would have been more prolonged and without this nation, the story of the battle between the MPLA – the Government of Angola and the rebel group led by Jonas Savimbi – who was then supported in every form by the then racist government of apartheid South Africa would have been different. They became a source of stability in many of these nations and were not afraid of getting involved in support of people- based Governments all over the world that sought their assistance in the course of global history.

All in all, this is a small nation; without the size of Nigeria and without our population. This has fascinated us about this small but mighty nation but we know that the secret of their resilience can be found in their deep understanding of the key resource that every society requires to move forward and in their unshakable determination to develop this resource – the people.

The people; the citizenry and the attention the leadership pays to their empowerment and mobilisation for activation on the socio-economic space stands out as the remarkable difference between Cuba and Nigeria. The essence of every nation lies in the hearts and souls of the citizenry and in this lay the capacity and capability of the nation to throw off the shackles of poverty and under-development and emerge as a progressive and growing economy. The greatness of nations therefore lay in the people and not in any other. While Cuban leaders understand this and are focused on using it, our leaders have failed woefully over the years to understand this and where it has, it has failed badly in trying to actively mobilise it for national development.

As we wound up our trip this year to this great nation which has just recently restored its diplomatic ties with the US and as we leave Havana dominated by Medieval Spanish architecture with its cobbled stone streets, I reflected deeply on this classic understanding that has kept this nation from going under even in the face of opposition especially the crippling economic embargo it has faced which is supervised by its big neighbour – the US.

In Cuba, the misplaced priorities of our nation’s leadership over the years become glaring and the consequences of such error unquestionably understood. It shows us clearly as a nation that the destiny of a nation is shaped by the depth and quality of its human resources – on its people and not on Petroleum nor in other commodities. The focus on primitive accumulation of wealth from the Nation’s resources over the years instead of on developing our numerous and diverse peoples who will in turn generate an unending cycle of forces that would engender national development in a much more sustainable way has done a lot of damage to our national values thus progress.

It will be instructive despite the 50 years blockage by the imperialists spearheaded by United States of America, Cuba has evolved stronger and defy all odds to achieve a sustainable growth and development that has made the country to be the medical cynosure of the world with the best medical personnel in the whole world.

Let it be said, that the civil revolution that was propelled by the mass of the Nigerian people in collapsing the hegemony of backward political elite who have plundered the national resources for the past 16 years like it happened to Batistan Government in the Pre-Cuban revolution need to learn a lot from the trajectory of Cuban development. The path to alternate development being championed by the present government through sustainable anti-corruption war, diversification of our resources, resistance to the deceit and manipulation of Brelton World Forces (IMF /World Bank) and strengthening of relationship with a socialist inclined countries like China is a welcome development that will bring about popular change and transformation under President Muhammadu Buhari.

In Cuba exists a very big lesson for Nigerian leaders on the score that the leadership since the great revolution that brought in Fidel Castro believes that the nation of Cuba and her peoples do not exist to provide comfort and succour for them but that it is the responsibility of leadership to ensure that the nation and the people are adequately provisioned for in every areas of their lives. At the heart of this lesson is for us in every areas we find ourselves in leadership position, we must not see it as an opportunity to milk the nation dry but an opportunity to serve the people and the nation. If this lesson is imbibed, corruption and corrupt practices will be greatly reduced freeing more resources for national development and building a seamless interface between the leadership and the Governed at all levels.

Further lesson is that we must as a nation seek to build a society where majority of the citizenry are deliberately encouraged and empowered to participate positively and creatively in nation building. Cuba has shown it as it has strived to create a nation that is collectively driven with shared responsibilities and shared outcomes for the benefits of the generality of Cubans. We must invest in the people and we must invest in the workers since they remain the major factor responsible for wealth creation in every society.

As Cuba opens up more and more and as it emerges from the shale which it was forced into by external hostilities, we expect that the nation will experience certain socio-economic shocks that need to be managed carefully by the leadership. As we learn from Cuban resilience, we in turn urge Cuba to learn from China that has been able to combine commercial enterprises and command structures successfully without compromising its ideological foundations.