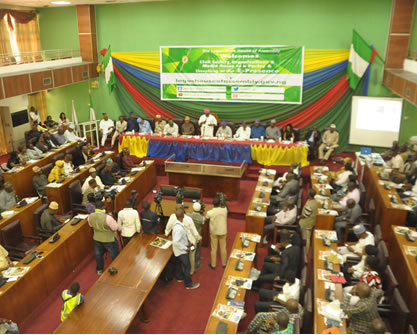 In line with activities lined up for the 1st anniversary of the 8th Assembly, the Lagos State House of Assembly held an inaugural parley with members of Civil Society Organisations and Media Gurus in the Print, Electronic and Social Media categories.

At the parley, the Speaker of the House, Rt. Hon. Mudashiru Ajayi Obasa enumerated the achievements of the 8th Assembly in just one year. He thanked the media gurus present as well as members of the CSOs while asking for their cooperation to continue to make the House live up to its status of operating, “Above the Common Standard of Excellence”.

Members of the CSOs in turn responded praising the pro activeness of the House while stating the areas they needed the House to be more aggressive, e.g. quick passage of the compensation for rape victims bill. The media gurus also praised the efforts of the House.