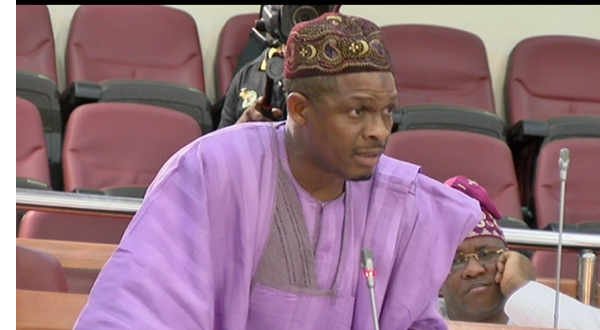 A cerebral lawmaker and newly appointed Chairman of the Lagos State House of Assembly Adhoc Committee on Budget and Economic Planning, Hon. Gbolahan Yishawu has assured that the 2018 Budget would be properly implemented for the benefit of the masses.

Speaking to journalists shortly after the formation of the Committee by the Speaker of the House, Rt. Hon. Mudashiru Obasa, Yishawu from Eti Osa Constituency 2 added that no leakages would be allowed in the budget.

What is the assurance you are giving to the people of Lagos State that the 2018 budget would achieve it’s aims as the Chairman of the House Adhoc Committee on Budget and Economic Planning?

How do you want to block the loopholes that might arise from the budget and those who would want to outsmart the government?

That is simple, the legislative arm of government, this House of Assembly, under the leadership of the Speaker of the House, Rt. Hon. Mudashiru Obasa has given us a free hand to scrutinize the budget. We are well grounded, when it comes to budget matters. We will look at the budget to fine tune it to cross the ts and dot the Is. I can assure you that it if there is anybody in the Lagos State Government under Governor Akinwunmi Ambode, who wants to be a devil in the system whereby they would now want to outsmart the government or be fraudulent, we will weed the person out.

How realistic is the 2018 budget of over N1 Trillion, when the state could not realise the N812 Billion budget for 2017?

It depends on the angle you are coming from. I believe that Lagos State can even handle a budget of N2 Trillion. It is not too big, if you look at our Gross Domestic Product (GDP), and the ratio of our tax collection, it is very low. That a budget performs 80% or so is not new, Lagos State’s Budget has always performed in the A Class year in year out. If in 2017, we have a budget of N812 Billion and as at November the Internally Generated Revenue (IGR) is 76% and overall budget performance is 74% and we do 8% every month then it is commendable. If you divide 100 by 12 months, each month we have a minimum of 8.3%, when you benchmark that you would see that we have done well. By November, the budget was 11 against 12, by the time you do 12 against 12, we will be doing 84 or 85%, which is not bad. For 2015, it was 80% or so. Each year, our increment is about 25 to 28% and each year we are able to make about 80%. What we are going to get in 2018 is, at worst, 80% of N1 Trillion. But I can assure you, this government has standard. We are planning a software for hotels and hospitality businesses such that we will be able to collect about 90% of consumption tax, which is about N50 Billion.

Also, Value Added Tax (VAT) would be collected effectively. When this is done, we will also get an increment for our percentage of VAT from the Federal Government. For our federal allocation, the price of crude oil is now about $50, United States has a projection of about $55. We are selling about 2.3 million barrel per day and dollar is about N305. The Federal Government will likely meets its projection on crude oil. That means our federal transfers would also be intact.

One other money we are expecting is the one on derivation fund for our oil and little drops of water makes an ocean. We are also coming up with a review of the Motor Vehicle law. The other one is the Land Use Act. Based on enumeration, we have over two million houses in Lagos State and only about 300,000 houses pay land use charges. If we are able to capture more houses, we will be talking of about N70 or 80 Billion. However, for this to work enforcement is key and we need to motivate the staff of the Lagos Internal Revenue Service (LIRS). For them to do their job, they would not go on foot, they need vehicles. Those are the things we will look at in the budget.

We also need to go through our laws, the embedded power law is there. Power is key, with the power initiative of the state, we will unlock the potentials of the state. Without power, nothing would be done. When there is power, industries would open up and they would be able to employ more people. With power, the factories that have shut down would re- open. So, with power, there would be more employment, more production, more taxes and more fund in the state. Lagos State would now become the destination of hospitality, so it is enormous because what is attached to power is much. Someone was talking about profit, we don’t need profit from power, we just need to break even. We are not in power business to make money from it, if we can just make it available it would be okay. Even if we need to subsidise it a bit, we will do so. We subsidise health, we subsidise education, transport and others. So why can’t we subsidise power that can make many other things work. That power sector reform would set Lagos in the right footing of sustainable development. I am not just talking about development, but a sustainable one that has not been seeing in the West African sub-region.

How do you intend to block the loopholes in the system?

What I like about us is freedom. You need to prove your assertion, just blow your whistle and let us see. When our revenue is performing at 76%, what is leaking. We collect a rate that is higher than those of other states in the country. We have enough time to look at it. It is a continuous thing. We could have fraud one way or the other, the culprit would be dealt with. I have not seen any serious level of leakages either in this government or the previous ones.

How soon will the committee do a thorough job?

We will be given a timeline, but I and the members of the committee would do our best on the job we have been given.