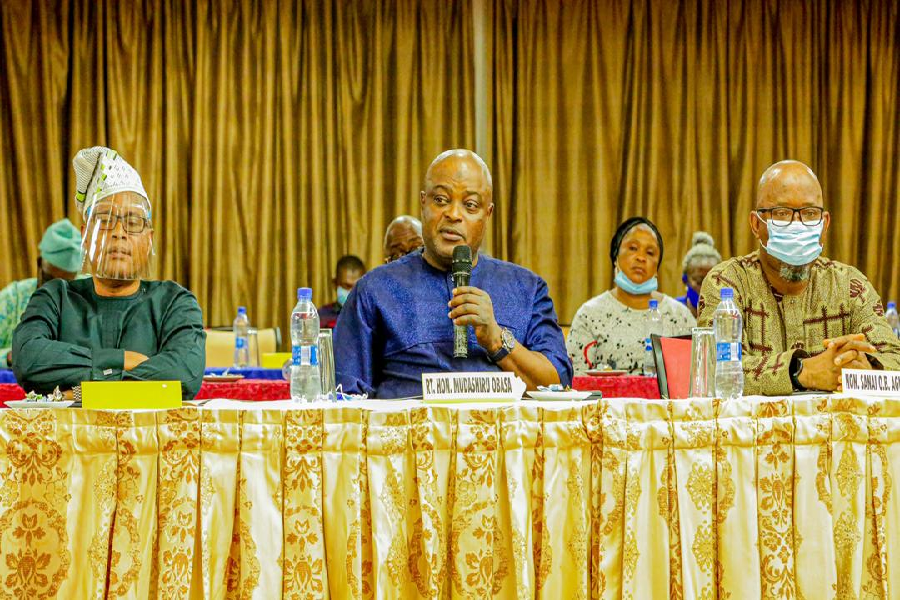 The Speaker of the Lagos House of Assembly, Rt. Hon. Mudashiru Obasa, has urged residents of the state to be prepared for a better 2021 from the government. 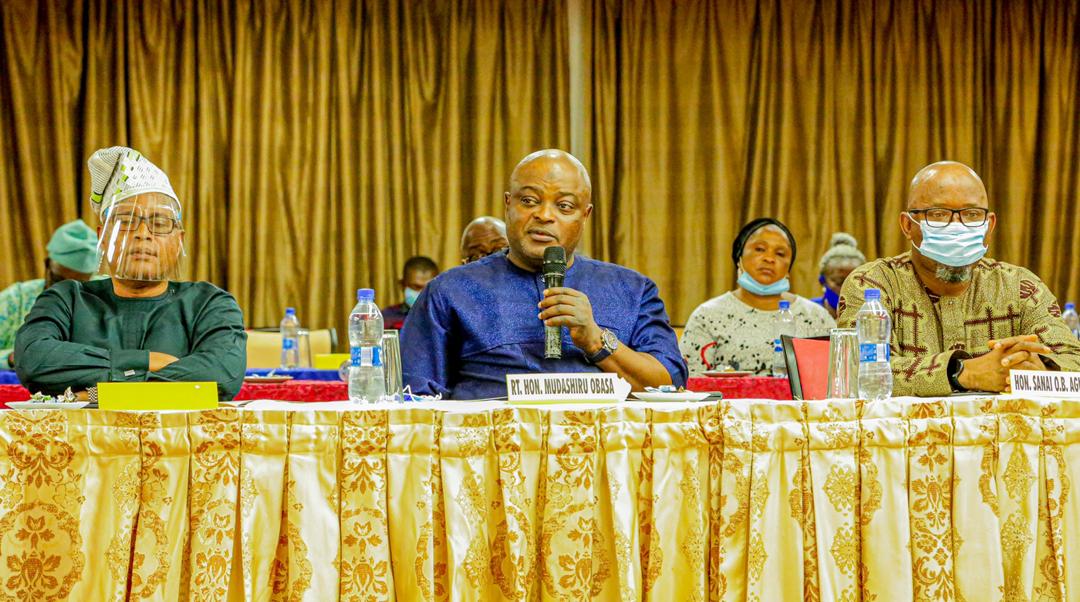 Obasa said this at a 4-day retreat on Medium-Term Expenditure Framework (MTEF) and budget process for the staff of the state House of Assembly.

Obasa, who lamented the effect of COVID-19 on the budget of the economy of Lagos in 2020, however commended the executive arm of the government led by Mr. Babajide Sanwo-Olu for being able to maintain a speed of development and growth for which the state is known.

He also said the House would take special focus on security of the state in the 2021 budget but added that this would in consideration with the governor’s focus and plans for the year ahead.

“It is visible to everyone in Lagos that the government of the state has continued, doggedly, to put smiles on the faces of our people.

“It simply means we have been able to gather all we can irrespective of the revenue challenge in the projection we had for 2020,” Obasa said.

He noted that Lagos has always taken a pride of place in relation to security of the state and that this would not be different in 2021. This is because, according to him, the state expends huge funds on security annually.

“You must give credit to the Lagos state government if you consider the security situation of the state in comparison with others and we will keep improving on what we have achieved.

“I am not saying we will increase the budget for the coming year for security, we are not going to do anything funny to allow insecurity to take charge of the state.

“So security will be a major consideration in the 2021 budget of the state but that is to be left for the governor to decide. As representatives of our people, we will look for that in the budget and ensure something good enough is considered for security in the coming year,” he said.

Concerning the expectations from the retreat, Obasa explained: “We are expecting the budget but before that, we have the Medium-Term Expenditure Framework (MTEF).

“We have the responsibility of oversight functions and and you can only do this on what you know and have. That is what informed our gathering here, to take our colleagues through what MTEF is all about and what the Lagos would look like in the next three years.

“So we expect each committee to take this in and understand perfectly what would become of each sector in the next three years.”

He said he was optimistic that the retreat would add positively to the capacity of the lawmakers to collaborate effectively with the executive arm.

In his opening remarks, the Deputy Speaker, Hon. Wasiu Eshinlokun-Sanni, who represented the Speaker before the latter’s arrival, said the resource persons were highly knowledgeable in budget planning and budgeting and that the participants would enjoy every bit of the programme. 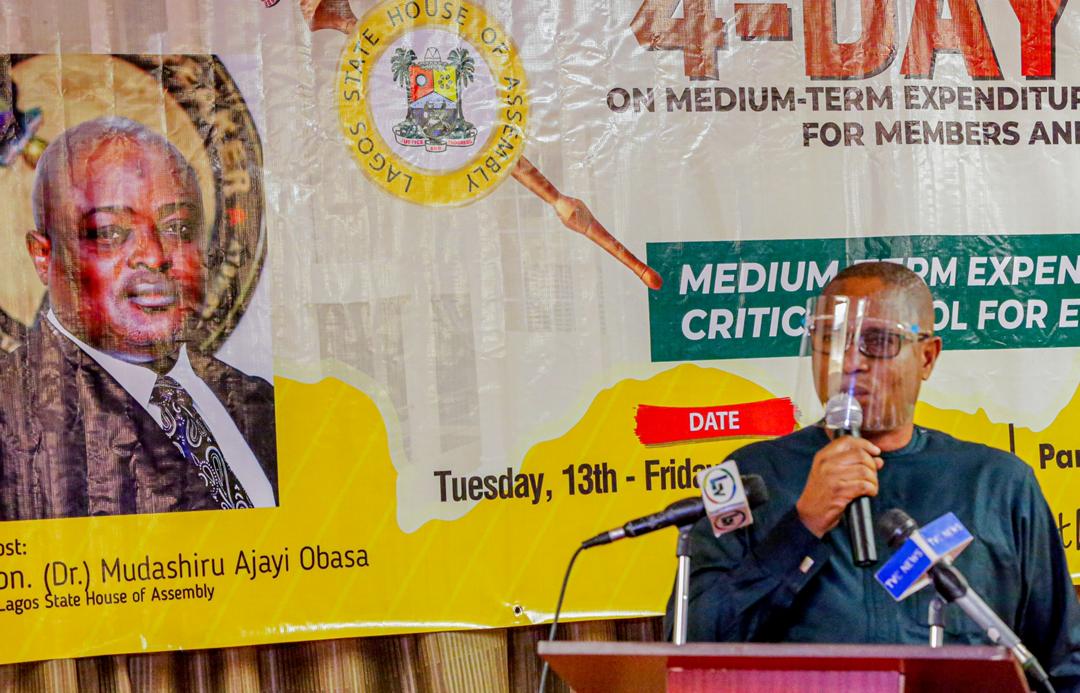 “At the end of the retreat, lawmakers would have been well educated on the essence of MTEF to effective planning and budget process and that the knowledge would help them in their oversight duties,” he said. 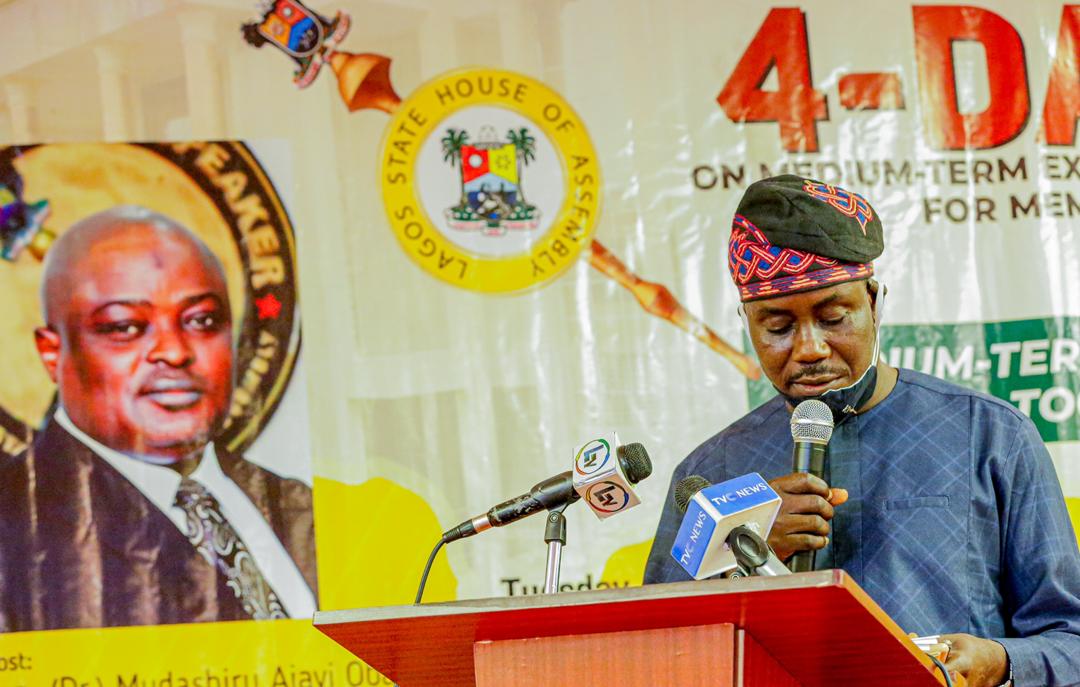 Welcoming the participants, the Acting Clerk of the House, Barrister Olalekan Onafeko, said Lagos, since its emergence as a democratic state in 1979, had been playing a role in the transformation of Nigeria’s economy and making it remain the nerve centre of ECOWAS with a Gross National Product (GNP) of any West Africa Country.

“Beyond its shores, Lagos is regarded as the nerve centre of the Economic Community of West African States (ECOWAS) with a Gross National Product (GNP) that is three times that of any West African country, thus making it the hub and the springboard for innovation and development in Nigeria and sub-Saharan Africa.

“With these critical facts in mind, it is highly instructive to note that managing a state like Lagos with such huge economy and massive population coupled with constant daily influx of citizens from other states across the nation is certainly by no means easy.

” It is said that if Lagos sate were to be a country, it would be the 5th largest economy in Africa. Thus, attaining this enviable stature has taken years of committed leadership, meticulous planning, sustainable development, collaborative efforts within the arms of government, and particularly with robust representation by the legislature,” he added.

He described the retreat as a proactive move by the House ahead of the budget presentation and passage.