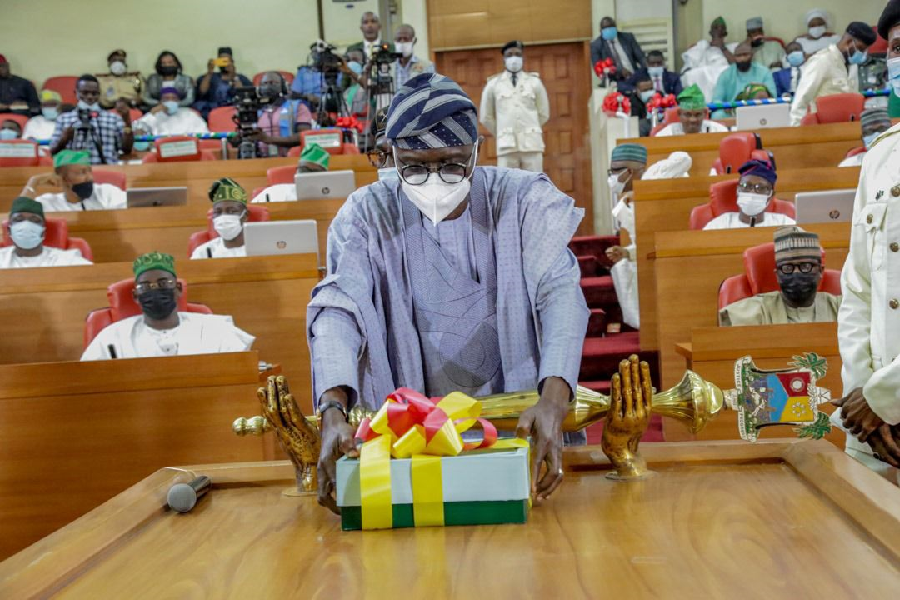 The Speaker of the Lagos State House of Assembly, Rt. Hon. Mudashiru Obasa, has urged the Governor, Mr. Babajide Sanwo-Olu, to work more on policies to bring more dividends of democracy to the people of the State.

Speaking after the presentation by the Governor, Obasa who passed a vote of confidence on Mr. Sanwo-Olu for the achievements of the current administration, said the dividends still need to get to the grassroots.

The Speaker also called on the administration of President Muhammadu Buhari to rejig the economy of Nigeria to reduce unemployment, insecurity and poverty.

He praised the House of Assembly for its pro-people orientation and for constantly supporting the Governor to meet the yearnings of the people of the State.

While commending the seven-man judicial panel of inquiry into cases of brutality and human rights violations committed by operatives of the disbanded special anti-robbery squad (SARS) in the state, for completing its task, the Speaker urged Lagosians to remain patient and not stoke controversies while a white paper on the report is being expected.