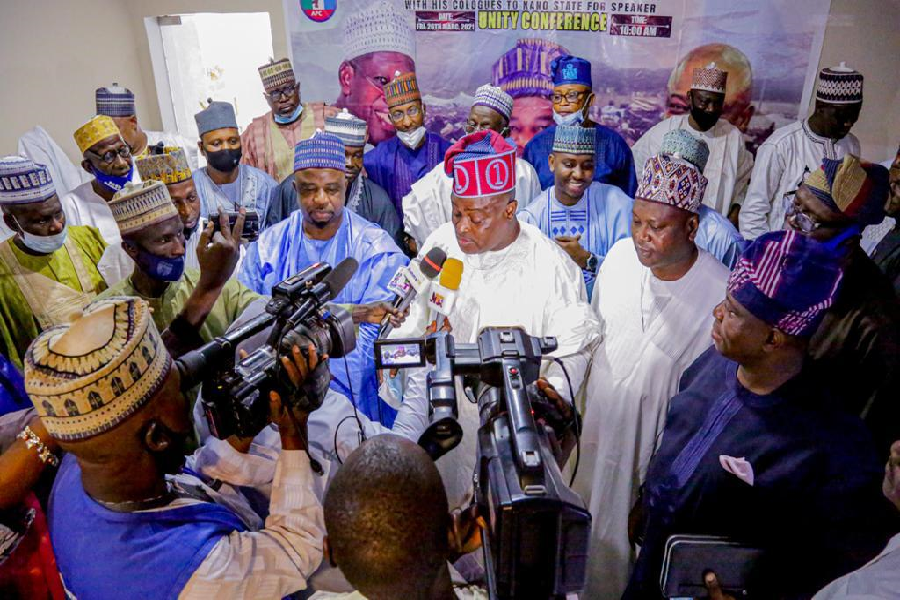 Serving Speakers and their predecessors from the Northwest zone of Nigeria have declared their support for Asiwaju Bola Ahmed Tinubu as the successor to President Muhammadu Buhari in 2023.

Their declarations and promises are coming some weeks after a similar endorsement of Tinubu was carried out by their colleagues in the southwestern zone of Nigeria.

At a meeting held in Kano for the states in the northwestern zone on Friday, the senior lawmakers declared that Tinubu remains the right person for the presidential ticket of the All Progressives Congress (APC) at this time.

Some of them argued that with the challenges currently being faced by the country, Nigeria deserves a leader who is detribalised and has shown over time that he has the capacity to lead the country.

Praising Asiwaju Tinubu for being able to unite the southwest under one umbrella, they noted that his leadership qualities are mostly scarce in some other zones of the country declaring this as an advantage for the entire country.

At the Kano meeting where the speakers and former speakers received the visiting Speaker of the Lagos State House of Assembly, Rt Hon. (Dr) Mudashiru Obasa, who led a team from the southwest, participants further promised to commence grassroots mobilisation ahead of electioneering. 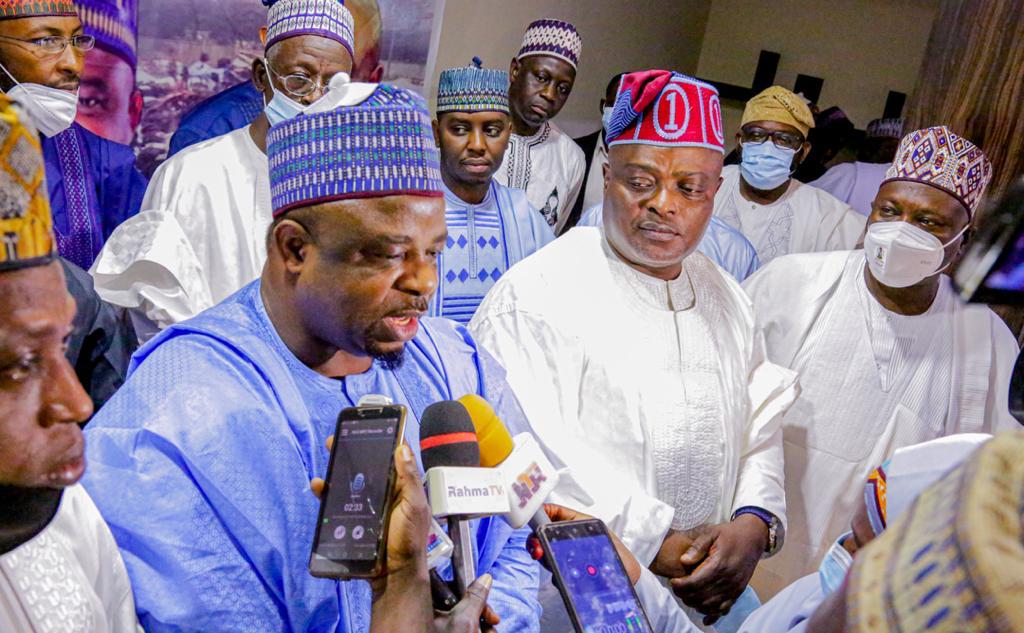 Rt. Hon. Yau Abdullahi Yanshana, a former speaker from Kano, described Tinubu as a worthy leader, who he believes would take Nigeria to better heights while one of his colleagues from the state, said at the meeting that Tinubu would have no problems securing votes from Kano and other states in the zone.

“We should now be thinking beyond him being the flagbearer of the APC and concentrate on securing victory for him in the actual election.

“We know that 90 percent of the structure of the party is built by Tinubu,” he said assuring that 95 percent of the votes from Kano will be in favour of the national leader of the APC.

On his part, Abu Dauda, a former deputy speaker in Jigawa, noted the contributions of Tinubu to the success of the APC and the growth and progress of Nigeria.

According to him, Tinubu becoming president would mean consolidating on his passion to make Nigeria great.

Addressing journalists concerning the meeting in Kano, the host Speaker, Rt. Hon. Hamisu Ibrahim Cidari, said with 2023 approaching, there was a need to source for a flagbearer “who can stand on his feet and effectively direct people.”

He said Tinubu already has their support and promised that he would win in Kano during the 2023 presidential election.

Speaker Obasa said he and his team made of serving lawmakers, including Hons. Victor Akande and Temitope Adewale, as well as two former speakers of Ogun and Oyo respectively, were in the zones to interact with their colleagues on how to move the nation forward.

“2023 is by the corner and the first thing is to look within us for the person that is capable, that has all it takes – the knowledge and capability – to deliver. To achieve that, there is need for us to come together and talk and extend the discussion beyond our boundary to every part of the country to make it easier for us in Asiwaju Bola Ahmed Tinubu, the man that we believe can deliver,” Speaker Obasa said.

An elated Obasa commended his colleagues in the zone for honouring the meeting in their numbers.

“What we met is even beyond our expectations. This is an encouragement and success because our brothers here have assured us that they are on it and that we should concentrate on others beyond them because they are already in support of what we have come to preach to them,” he said.

Ambassador Aliyu Lawal Saulawa, national coordinator of the Bola Ahmed Tinubu (BAT) Movement, said the organisation is formed to garner the support of Nigerians for Tinubu ahead of 2023.

He argued that in 2015 and 2019, the north got a lot of support from Tinubu and others from the southwest adding that it was just to reciprocate the support.

He noted that Speakers, deputy speakers and lawmakers have major roles to play in this regard being representatives of communities and constituencies across Nigeria.

“We have held an initial meeting in Ibadan in the southwest where past and current speakers agreed to support the movement. We are now here,” he said.

He said the next meeting for the south-south zone would hold in Bayelsa.