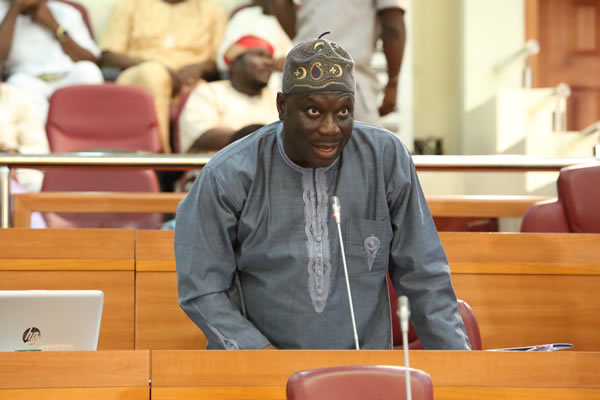 Member representing Eti-Osa Constituency I, Hon. Kazeem Alimi has observed that the rejection of President Muhammadu Buhari’s request to take foreign loan by the Senate is a lesson to the leaders of All Progressives Congress (APC) at the national level.

The Senate had earlier rejected the President’s request to take a foreign loan to the tune of 30 billion dollars. The loan, according to the President, was needed to tackle the current economic recession in terms of infrastructural development.

According to Alimi, “there ought to be a synergy between the presidency and the Senate since they are from the same party. Our leaders ought to have influence on who emerges as President and Senate president but due to selfish reasons that did not happen in the last elections.

” It is therefore a lesson to our leaders at the national level. I believe very soon things will correct itself, ” Alimi said. The lawmaker, who is the Chairman House committee on Local Government Administration stated that in the nearest future the Lagos State Electoral Commission (LASIEC) would conduct the council election in the state.

He further explained that there was provision in the 2016 budget for the electoral umpire in the state to conduct the election. In his words, “I believe you are aware that the LASIEC committee has been inaugurated. The committee is working round the clock… don’t forget that the PDP has taken us to court over the issue. No judgement has been passed.”

The lawmaker also explained that the recent comments credited to Lagos PDP that Ambode is working could be seen as a confirmation that the Governor has been doing everything possible to ensure that development gets to every nook and cranny of the state.

“If the opposition party is commending the Governor, we don’t have to drag the issue any longer. The house has been supportive, we oversee Ministries, Departments and Agencies and we put them on their toes and you can see the effects,” Alimi said.