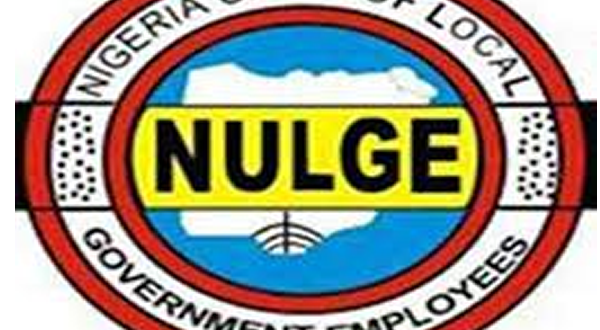 Led by the state Chairman of NULGE, Mr. Afolabi Ajose, the protesters, numbering about 200 comprising NULGE members, and members of the Nigeria Labour Congress (NLC) chanted solidarity song to press home their demands.

“We have conveniently covered 21 states in Nigeria and it has been wonderful. We have assurances that the states houses would support it. Local government autonomy is about the welfare of the entire citizenry.

“The people would benefit development with local government autonomy. It is not just about salaries of workers. It is about what we do in our community, and givinv people the dividends of democracy,” he said.

Comrade Ajose added that there are three kinds of autonomy; and gave them as administrative, political and financial autonomy.

He stressed that NULGE is consistent and vibrant, adding that its members could be found everywhere.

He said: “You could have all kinds of people in the councils. Each state government is in-charge of the State Independent Electoral Commissions that conduct elections into the local government and this is not fair.

“Our position is that the Indepenfent National Electoral Commission (INEC) should be asked to conduct elections into local governments as SIECs chairmen are answerable to the governors.”

Reacting to what would happen to the LCDAs with local government autonomy, Ajose said that they should not have any problem at all because, according to him, the LCDAs were created by the Lagos State government for instance, and that now that the same party is at the state and at the federal levels, then it would be better for them to become full local governments.

Also speaking, the representative of the National President of NULGE, Mallam Ibrahim Khaleel, Barrister Uzo declared that a lot of people were suffering, and that there were agitations from the local government workers because of hardship.

“There are no infrastructure in the grassroots, and there is massive unemployment in the country. We are here to tell you to support local government autonomy. This honorable house supported it before and we want you to do it against.

“If you do it, you would have written your name in gold. The bill is for the whole Nigeria. If we have local government autonomy, then the House would have its own autonomy.

“There would be employment, and if a local government could earn N100,000,000 million in a month, then it can conveniently tar roads, then there would be less pressure on the state government.

“If you do this, Nigerians would be happy. We want you to give us more than two third and give us distinction this time around. The document spans 10 years. It is expected that with this, you would put smiles on our faces,” he said.

Addressing the protesters on behalf of the Speaker of the House, Rt. Mudashiru Obasa, Hon. Tunde Braimoh said that the speaker has tremendous respect for workers.

Braimoh, who is the Chairman of the House Committee on Infornation and Strategy, said that the House empathised and sympathized with the protesters.

The lawmaker stated that they also had some misgivings about the system just like the protesters.

“The 1999 constitution has become an albatross to Nigeria and that is why people have come together to find a way out of the problem. “There is no constitution that is perfect. Lleaders of our party, the All Progressives Congress (APC) met in Ibadan, Oyo Atate recently to discuss several issues such as local government autonomy, fiscal federalism, devolution of power, the regional government as well as merger and creation of states.

“Don’t forget that the issues are hydra headed and delicate, so you cannot just discuss them anyhow.

“When we have regional autonomy, people can create their own local governments at their own time. Don’t forget that some states such as Lagos State and Ogun State have LCDAs, what would happen to them if there is local government autonomy,” he said.

The politician then saluted the courage of the protesters and their national executive as well as the NLC for sending delegates to be part of the protest.

He thanked the protesters for “conducting yourselves in a peaceful way and for being ambassadors of democracy. We will look at your demands.

“We will be having our own retreat and we will discuss the issue. We will not shy away from what you have come to tell us.

“We thank you for not being violent with your demands and we want to assure you that the issues would be addressed, he said.