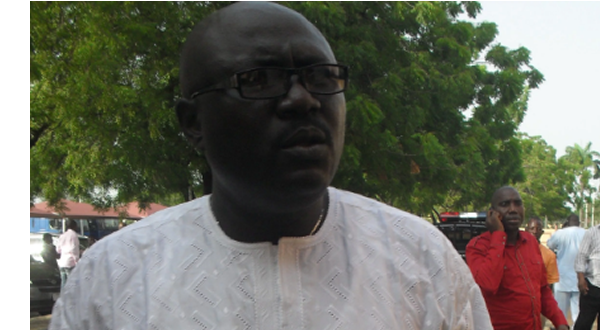 Of course, Lagos is known and respected for scoring many firsts in policies, laws and ideas for the betterment of its citizens. In many instances, it has shown over time that having the right leadership at the helm of affairs is just what a society needs to become the envy of its neighbours.
Yes, in the last two and half years, the state has witnessed unprecedented progress. You want to know why? The arms of government constantly decided to look away from human sentiments and work strictly with the law. We are lucky that as usual, we have a governor who believes in the rule of law and is always careful to ensure it takes preeminence in his bid to make the state the real Centre of Excellence. The various laws implemented as well as the resolutions worked on by Governor Akinwunmi Ambode attest to this position. Who benefits from such visionary leadership and smooth process of governance? Of course the residents of the state.
This then brings upon us the importance of the local government system in Nigeria and particularly, Lagos. It further brings to mind the need to strengthen that part of government since, as it is supposed to be, it is the nearest to the people of a state.
There is usually this voter apathy each time the local government elections are held. The simple reason and, maybe justifiably so, is that the local government, overtime, became the farthest of the three tiers thus beating its supposed importance. The state is now even closer to the people than local government. There are complaints by the public that they even hardly know their chairmen, councillors, supervisors and secretaries to the local governments and other appointees of that tier of government. The claim is that they are only seen during electioneering.
It is not supposed so. An appointee at that level should be a grassroots person, one who is a middleman between the communities he represents and the state. He should also have a grasp of the activities of the state government.
With these thoughts and arguments, for example, the Lagos state House of Assembly has been at the forefront of ensuring officials at the local government level understand why they are there. It should not always be business as usual creating the impression, which has now gone very wide, that opportunities at that level is only ‘job for the boys’.
It is known that oversight on local government by the lawmakers in Lagos has been the best across the country and this is not taking out the fact that the executive arm of government has been of major assistance and cooperation.
As part of the need to further strengthen the grassroots government and ensure that appointees at that level are in tandem with the operations at the state level, the House came up with the decision to constantly have nominees screened just like in the case of the appointment of commissioners and other such officers at the state level. This decision is a part of the Local Government Administrative Guidelines of the state.
The implication of not screening and confirming such appointments is therefore that anyone who occupies a position of that magnitude would legally only be seen as holding it in acting capacity. Ibrahim Magu, who heads the Economic and Financial Crimes Commission (EFCC), is a good case of argument here. He has remained in acting capacity since his appointment.
It is always known that screening of appointees gets them prepared for the task ahead of them. It also keeps them conscious of party manifestos and what they should do. Of course, it is never a witch-hunt exercise, but a pragmatic attempt to complement the efforts of the Governor. For example, a prospective appointee is supposed to know the status of the Neighbourhood Watch initiative in his domain, what they think about the government’s battle in trying to sanitise the state, especially their own areas, what they think can be done to further encourage or boost the government of the state. So screening and confirming them confers on them a level of legitimacy.
It is also pertinent that with the successes recorded with the town hall meetings so far organised by the state House of Assembly, it is also necessary that this should he replicated by the various councils before the chairmen would present budgets and have them approved. This would make the councils understand the needs of the people governed. There is further need for the training of officers at that level to understand that the budget is not just one of those usual documents, but one which is legally binding on everyone and which must streamline spendings by the chairman. In this case, while the new executive arm of the local government should be trained by the state, the councillors, who form the legislative arm, should be trained by the House of Assembly so they would understand democratic and legislative cultures.
Will this action accelerate the progress of the state? The answer does not need further argument. It is a big YES.

Egberongbe is the special adviser on political and legislative matters to Speaker Mudashiru Obasa of the Lagos state House of Assembly.