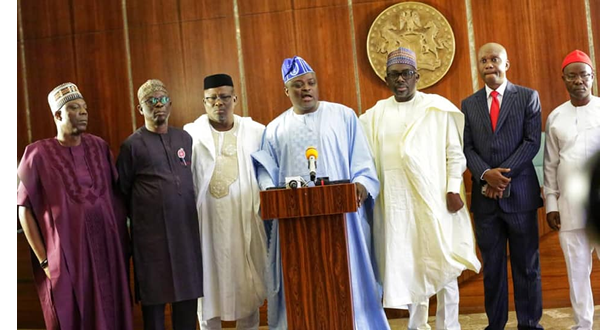 Speakers of the 36 State Houses of Assembly on Thursday urged President Muhammadu Buhari to issue an executive order on the implementation of full autonomy for state legislatures.

The call was part of the agenda of a meeting between President Buhari and the speakers at the Presidential Villa, Abuja.

The speakers were led by the Chairman of the Conference of Speakers of State Houses of Assembly and Lagos State House of Assembly Speaker, Mr. Mudashiru Obasa.

Speaking with State House Correspondents after the meeting, Obasa noted that although the amended 1999 Constitution had incorporated the independence and financial autonomy for state legislatures, it was not being implemented in many states.

According to him, a presidential intervention by way of an executive order would fast-track the implementation across the Federation.

“So, we are urging Mr. President to intervene and speed up the implementation.

“We urged the President to come in by an executive order for this implementation to move faster,” he said.

The group also called for the devolution of powers to the states and local governments through a review of the Exclusive Legislative list.