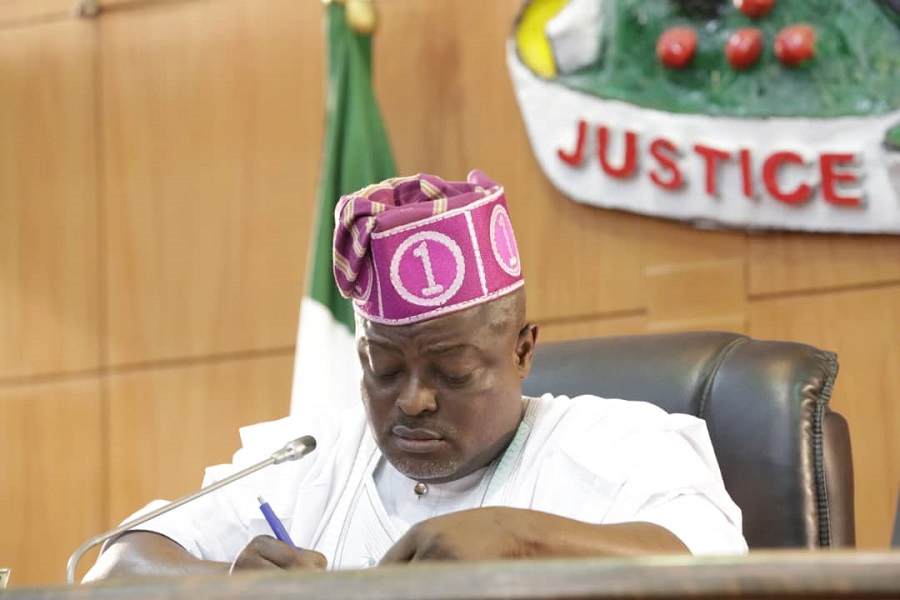 The speaker of the Lagos state House of Assembly, Rt. Hon. Mudashiru Obasa, has urged the defeated candidate of the Peoples Democratic Party (PDP), Senator Ademola Adeleke, to prove his commitment to the residents of the State of Osun by supporting the Governor Gboyega Oyetola.

Speaker Obasa said this in reaction to the Supreme Court judgement which, on Friday, July 5, reaffirmed the ruling of an appeal court which earlier upheld the victory of Governor Gboyega Oyetola of the All Progressives Congress (APC).
Obasa expressed happiness at the decision of the apex court and Adeleke’s reaction in which the latter said he never took the September 2018 governorship election as do-or-die.

“I join other Nigerians in congratulating Governor Gboyega Oyetola over this historic victory. I also thank the people of the State of Osun for remaining resolute in their support for our party and the governor.

“I want to urge the candidate of the Peoples Democratic Party (PDP) to have a broader focus of joining hands with Governor Oyetola to move Osun to a higher height.
“Politics is over; it is time for governance, and Senator Adeleke’s support for Governor Oyetola’s vision would further advance the state and its people.

“Osun is known as a land of peace. While I urge the governor to be magnanimous in victory, I will also task Adeleke to take advantage of the governor’s open arms in the interest of the state and its people,” the Speaker said.

To the people of the State, Obasa emphasised that this was the best time to sustain their trust and support for the government which is confirmed to have hit the ground running.
Obasa, who doubles as the chairman of the Conference of Speakers of State Legislatures, expressed confidence in the ability and capacity of Oyetola to deliver and build on the solid foundation laid by his predecessor, Ogbeni Rauf Aregbesola.

“If Oyetola could do the much he did even in the face of the legal battle, I have no reason to doubt that the next four years would get the State of Osun in the right direction,” Obasa added.

The Lagos Speaker also commended the leadership of the APC, including Asiwaju Bola Ahmed Tinubu, over the party’s victory in Osun just as he noted that the doors of the ruling party are wide open to receive as many well-meaning Osun people as possible.