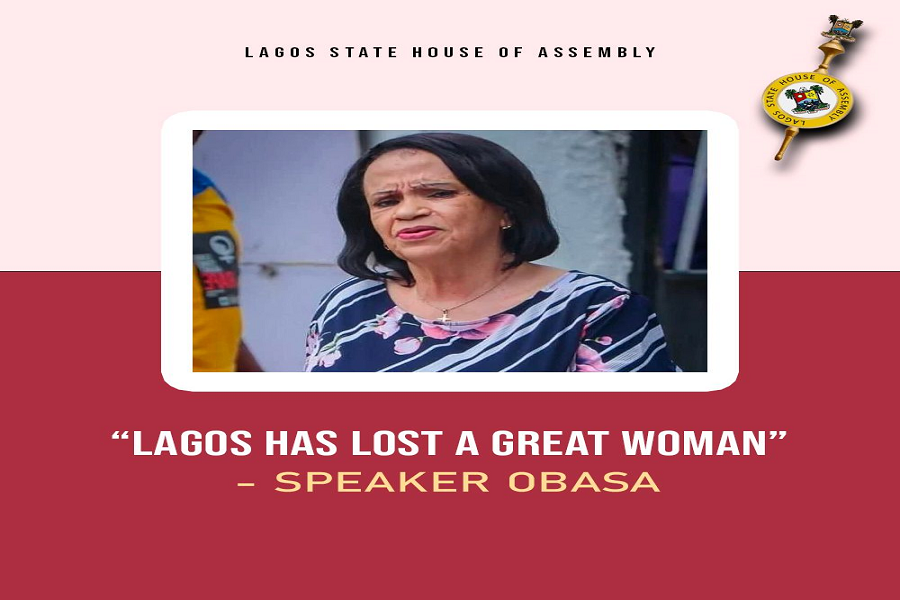 The Speaker of the Lagos State House of Assembly, Rt. Hon. Mudashiru Obasa, has described the death of former Secretary to the Lagos State Government, Princess Adenrele Adeniran-Ogunsanya, as a major loss to the State.

Adeniran-Ogunsanya, who served the State during the first term of former Governor Babatunde Fashola between 2007 and 2011, died at 74 after a brief illness.

Dr. Obasa, in a statement by his media office, commiserated with the family and friends of the deceased saying her contributions as SSG to the progress of Lagos would remain indelible in the hearts of the residents of the State.

“She was always calm, filled with brilliant ideas and contributed immensely to the development of Lagos while she served as Secretary to the Lagos State Government,” Obasa said.

The Speaker added that the late Adeniran-Ogunsanya also played important roles in the politics of the State earning herself respect as a member of the All Progressives Congress (APC).

“On behalf of my colleagues at the Lagos State House of Assembly, I commiserate with the family, friends, leaders of our party and everyone affected by the demise of Princess Adenrele Adeniran-Ogunsanya.

I pray that God would grant her peace and give those she left behind the fortitude to bear this loss.