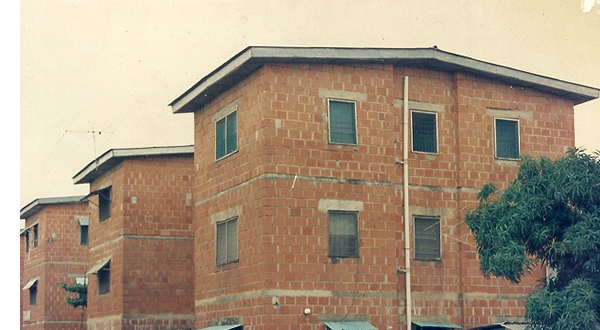 The Lagos State House of Assembly Adhoc Committee on Housing has urged the residents of the low cost housing estates in the state to be calm about the recent demolition of kiosks and stalls in the estates by the Lagos State Building and Investment Company (LBIC).

According to the Committee, the matter would be properly investigated by the committee, which will soon come up with a report on the matter.

It will be recalled that residents of some of the estates, where the demolition exeecise was carried out had petitioned the assembly over the matter, alleging that the Managing Director of LBIC, Mrs. Folashade Folivi gave them short notices and carried out the exercise without caution.

The Assembly had invited Folivi to brief it on how the exercise was carried out, and a 7-man committee headed by the Acting Chairman of the House Committee on Housing, Hon. Ibrahim Layode was subsequently set-up to look into the matter.

Speaking to journalists after visiting some of the estates in Amuwo Odofin, Isolo, Abesan and Agege, Layode said that what the committee discovered was that there were a lot of complaints by the residents.

“We have also seen that some residents have contravened the law by building kiosks and stalls in unapproved places within the estates. We have been asking them why they did this. But we want our people to be calm and be careful with what is happening.

“Also, we went ahead to see the original plans of the estates and we discovered that the LBIC too has changed the plan of the estate with some of the buildings.

“Our Governor does not tolerate nonsense and I don’t think he would ask the people to demolish the buildings anyhow. We are here and we can tell you that the Governor knows what is happening and we are going to take actions,” he said.

According to him, “We will work with the necessary agencies of government to ensure that the right thing is done.

“The people should be calm and we will ensure that the markets are situated, where they ought to be.

“There is sanity in the estates now, even abroad, people go far within estates to build stalls and malls.”

A member of the Committee, Hon. Abiodun Tobun said that with what the committee saw on ground it was obvious that the people did not follow the laid down rules, but that the Chairman of the LBIC was inhuman in her approach.

“We discovered that she demolished the shops without much notice and the people told us that they had been there for a long time.

“She ought to have informed them properly because we are in a democratic setting, so we need to carry our people along.

“The approach of our government is to involve the people as we believe in inclusive governance. The Governor would not ask her to do what she did,'” he said.

The lawmaker added that the Ministry of Physical Planning ought to have written to the government and get an approval to do such a job. He stated that the matter would be critically considered to see if LBIC is working within the confines of the law.

The President of Amuwo Odofin Housing Estates Residents Association, Chief Joseph Adewale said in an interview that their grievances emerged from the fact that in February, 2017, the management of LBIC gave them a notice that they would demolish the shops and kiosks in the estate.

Adewale stated that they held meeting with LBIC on the issue, and told them that it would not be good to destroy the kiosks because the residents developed the environment and went to them to seek for their support to build the structures and that they allowed them.

“They came for inspection and gave us a rate to be paid per structure and we had been paying.

“But Mrs. Folashade Folivi, the new MD of LBIC came to demolish the structures saying that such things could not be seen in London or America. I told her that even in Manchester there are such structures, cubicles with conveniences.

“I told her that we are not tenants, but owner occupiers and that we spent our money to provide structures. We said we needed places to relax and for our wards to sell items,” he stated.

He said further that the woman demolished the structures such that some residents were hospitalised and some even died due to shock arising from the matter, adding that this caused bitterness as they were given only three days notice.

“We are aggrieved that is why we have written petitions to the LBIC, Governor’s office and the state house of assembly.

“People now go far to buy items and they are usually attacked by armed robbers on motorcycles at night.

The same stories were related at the Abesan Housing Estate, where the President of the Estate, Pastor Kehinde Ogundimu pleaded with the lawmakers to come to their aid, and that not less than four people have died because of the aftermath of the demolition.

Ogundimu stressed that armed robbery, thuggery and hooliganism have increased in the area, adding that people’s bags are snatched, while they are going to work early in the morning in the estate.