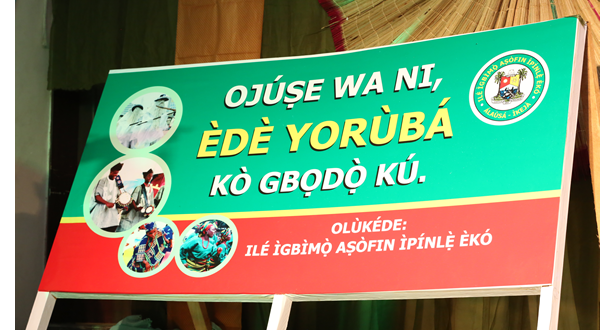 Officials of the Lagos State Ministries of Education and Information have been invited to appear before relevant committees of the state assembly over a press statement on adoption of Yoruba Language on Thursdays in Lagos Schools jointly issued last Thursday.

This followed a motion moved on the floor of the House on Monday by the Chairman of the House Committee on Education, Hon. Olanrewaju Ogunyemi, saying that the statement trending on social media condemning the proposed law on compulsory speaking of the language was unfounded.

After considering the motion for debate, the House therefore summoned the Special Adviser to the Governor on Education, Obafela Bank-Olemoh and Permanent Secretary ministry of Information, Fola Adeyemi to appear before the House committee on Education.

A press release issued by the Ministry of Education had stated that “the reports trending on social media that the government has directed that teaching and learning of Yoruba are now compulsory from Primary to Senior Secondary Schools (SS.III) as from next session is false and unfounded”.

The statement said the clarification became necessary following stories on the social media which have been generating reactions and are capable of misleading the pupils, students, education stakeholders and the general public.

The Education Ministry reassured the public that Lagos State Government does not implement policies without far-reaching consultations and communication with relevant stakeholders and therefore enjoined members of the public to disregard such stories trending on social media platforms.

But the lawmaker considered such a release without consulting the House on Education as a “setback” to its drive in preserving Yoruba Language from going into extinction.

According to Ogunyemi, “the ministry of education cannot claim ignorance on what the House has been doing on the need to protect Yoruba Language from going into exiction.

“We held a Public Hearing where Mr Speaker directed the minsiry of education to sensitize all stakeholders including the six education districts. We must avoid unnecessary acrimony; we must not be seen by the public not working at cross purposes.

The Chairman maintained that “the release is in bad taste to undermine the efforts of the House.”

While supporting the motion, Hon. Rotimi Olowo said, “it is imperative we set up an Ad-Hoc committee to look into this. I see no reason why another organ of government should frustrate this effort. Those behind it should be brought to book.”

However, the Speaker, Rt. Hon. Mudashiru Obasa who presided over the Plenary differed from the submission of members, adding that since the House was in the process of making the law, it would await the executive’s move.

“It does not matter what the release states, when the Bill is passed , we will send it to the executive and if they turn it down, we will come back here and do the needful,” Obasa said.

He however agreed with members that the ministry of education ought to have consulted its counterpart in the House before issuing the statement.