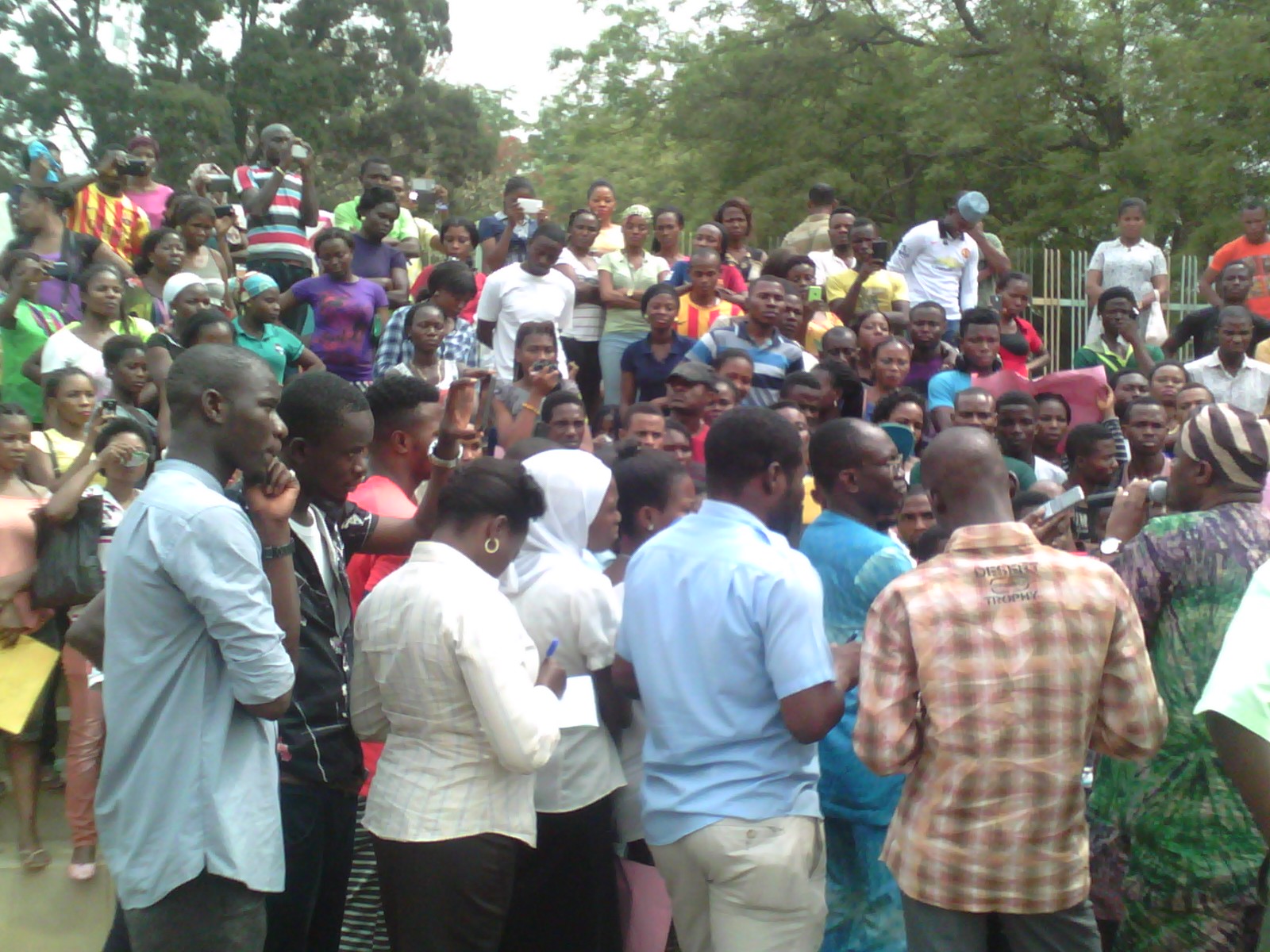 Committee for the Defence of Human Rights (CDHR) has called for thorough investigation and subsequent prosecution of the Custom officer who allegedly shot an automobile  mechanic, Saheed Omotosho while on the trail of rice smugglers at Alagbado area of Lagos State.

Custom officers were reported to have pursued rice smugglers from Idi-Iroko area of Ogun State to Agbado, Ifako-Ijaiye, Lagos State on Thursday 13th October, 2016 and fired shots in a bid to make a forceful arrest of the smugglers.

While the sporadic shooting continued, it was believed that a stray bullet hit Omotosho who was on a commercial motorcycle, okada and later died on the way to a hospital.

In its resolve to defend the rights of the deceased, members of the CDHR came on a protest march to the State House of Assembly, Alausa.

In a petition which was under signed by the chairman, Comrade Alex Omotehinse and Secretary, Comrade Kushimo Olumuyiwa of Lagos chapter, CDHR stated “only a beast and vampire would display such behaviour as done by these men of Nigeria custom service.”

“Also in a bid to cover up their shame and lack of competence, they abducted a relation of the late Saheed Rasheed Oyedeji who was shocked and attempted to raise alarm over the killing of his brother.

The petition which was addressed to the state Governor, Akinwunmi Ambode and dated 17th October, 2016 added, “The masses are now afraid to move peacefully within the community owing to this vampire’ act and your office is constitutionally empowered to ensure safety of the people.”

The group however demanded among other things, the “immediate and unconditional release of Rasheed Oyedeji’s body in the custody of the men of Nigeria Custom; justice for the deceased and adequate compensation given to his family by the Nigeria custom service and immediate investigation and arrest of all the Custom officers involved in the criminal act.

The protesters, who presented a petition to the Speaker, Rt. Hon. Mudashiru Obasa called for laws to restrict operations of Customs Officers to the border areas only.

Addressing the protesters on behalf of the Speaker, Hon. Dayo Saka-Fafunmi (APC-Ifako Ijaiye I) said the House had condemned the killing of Omotoso during a plenary session.

He said, “We empathize with you on this loss. It was a loss for the entire state and the nation. We strongly believe that the strength of democracy lies with the people.

“The Lagos State House of Assembly being a responsive and responsible arm has tabled the matter and has decided to take the matter up. We will ensure protection of the people.

“We are not leaving the people of Ifako Ijaiye and the family of Saheed Omotoso in this struggle; the House will ensure justice is done. Every allegation will be treated accordingly.

“The long hand of the law can catch up with anyone. The custom officers will be brought to book and justice will be done,” he  further assured.