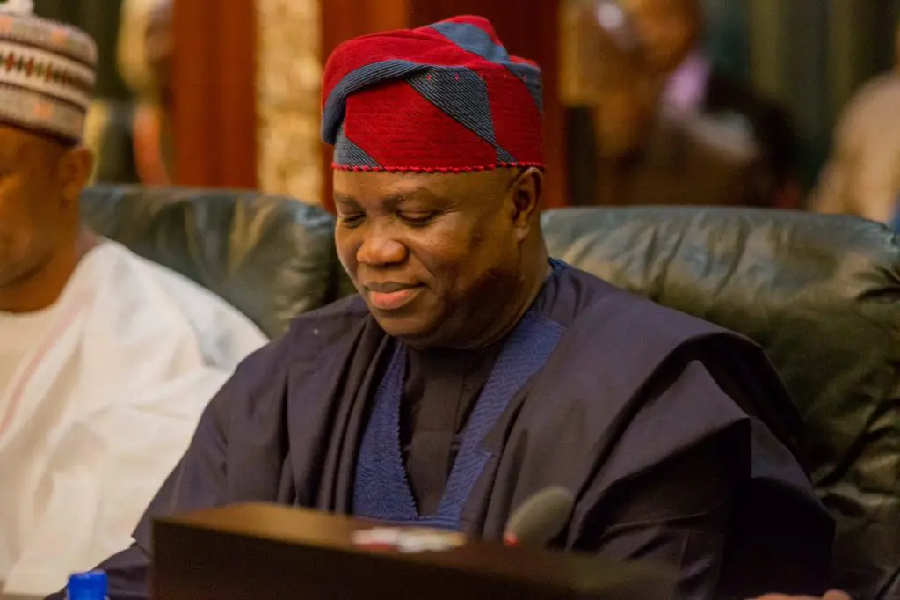 A former governor of Lagos, Akinwunmi Ambode, and four others who served in his government could be up for arrest if the threat by the state House of Assembly takes effect.

The lawmakers took this decision after two preliminary reports presented by different ad-hoc committees set up by the House to investigate the 820 buses purchased by the former governor and to appraise the 2019 mid year budget.
Those that could be affected by the arrest include Kazeem Adeniji (attorney general and commissioner for Justice), Olusegun Banjo (commissioner for budget), Akinyemi Ashade (commissioner for finance) and Wale Oluwo (commissioner for energy and mineral resources).

The chairman of one of the sub-committee, Hon. Fatai Mojeed, who presented his team’s preliminary report on probe of the 820 buses purchased by Ambode’s government, said that it was discovered that due process was not followed. Mojeed added that the former governor used the refund of the Paris Club for the purchase of the busses without the approval of the House.

“They could not produce any newspaper where the purchase of the buses were advertised. “The committee invited 20 stakeholders, 16 of them complied, while four of them refused against the constitutional provision,” he added. On his part, Hon. Gbolahan Yishawu, Chairman adhoc on mid-year budget review, alleged that the above mentioned commissioners were invited by his committee but refused to appear without giving any excuses for their absence. Yishawu also claimed that the former governor gave some directives on spending’s without the approval of the lawmakers.

While reacting to the matter, some members of the House suggested that since the ex-governor and those officials who worked with him had been invited by the two committees and refused to show up, warrant of arrest should be issued on them.

Hon. Bisi Yusuf, the member representing Alimosho Constituency 1, told his colleagues that the House is empowered by the constitution to issue a warrant of arrest on the concerned individuals for their refusal to appear before the committees. While expressing a contrary view, member representing Badagry Constituency 1, Hon. Ibrahim Layode urged his colleagues to tread with caution.

He advised that the concerned individuals should be invited through newspaper advertisements, stating that the ex-officials are likely to come across the publications. Majority Leader, Hon. Sanai Agunbiade said, “I want to observe that if they have been invited and refuse to show up, we should summon them and if they still refuse, then a warrant of arrest can be issued. Now they’ve been invited, we should summon them by using the dailies before going to the extent of issuing arrest warrant.”

Speaker of the House, Rt. Hon. Mudashiru Obasa, noted that the issue was beyond issue of arrest warrant, “because when this house invite people and they refused to show up, it’s like setting a bad precedence for others coming behind.

“The clerk should write them including the ex-governor, Mr. Akinwunmi Ambode and if they refused, we will do newspaper publications and after that we will issue a warrant of arrest,” Obasa added.

The lawmakers had earlier passed a vote of confidence on the Obasa. According to the lawmakers at the sitting presided by the speaker, the unanimous decision to declare their support for Obasa follows their claim that the state legislature is now more on the global map.