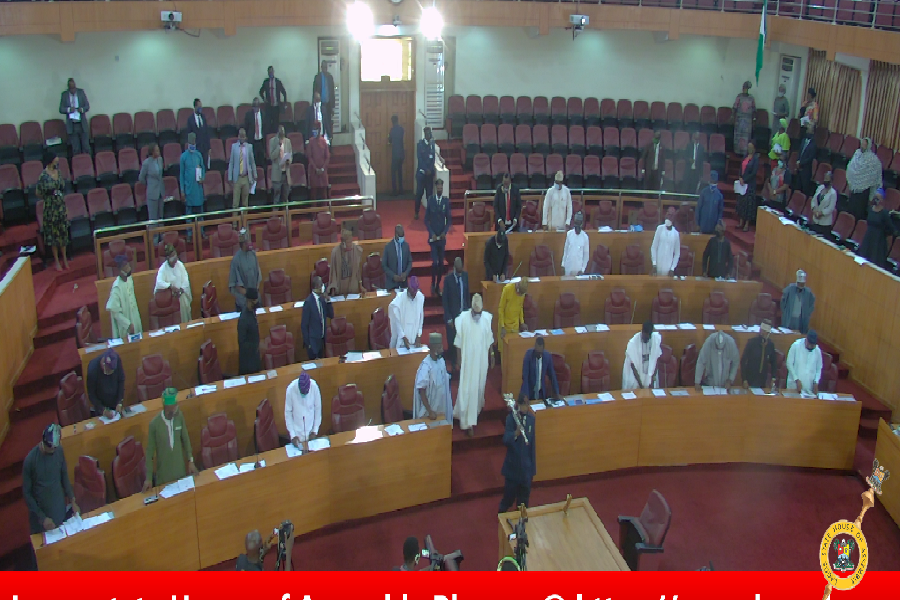 Lagos Lawmakers at Plenary on Monday after the third reading has passed into Law “A Bill for a Law to amend Lagos State Neighbourhood Safety Corps Agency Law, 2019” .

The Bill which was passed earlier this year is hereby amended after observations were raised by the Executive through the Attorney General of the State.The House retains its position on the provision of section 20(1) which subjects the appointment of the Lagos Amotekun Corps Commander to the confirmation of the House as it is in the practice and procedures of the House and because of the sensitivity of the position. Also, given the fact that the Lagos Amotekun may carry arms, the House considered it necessary that appointment of Amotekun Corps Commander be properly scrutinized.

However, the House agreed to uphold the observation of the executive in the provisions of Section 20(3) of the bill, to the effect that the removal of the Lagos Amotekun Corps Commander does not necessarily require the concurrence of the House, giving the Governor the sole rights to determine the removal of the Corps Commander; and that there should be a single line of discipline in accordance with Public Service establishment and engagement.

In respect of this, the Speaker, Rt. Hon. (Dr.) Mudashiru Obasa has directed Mr. Azeez Sanni, the Clerk of the House to forward a clean copy of the Bill to Mr. Governor, Babajide Sanwo-Olu for his assent.