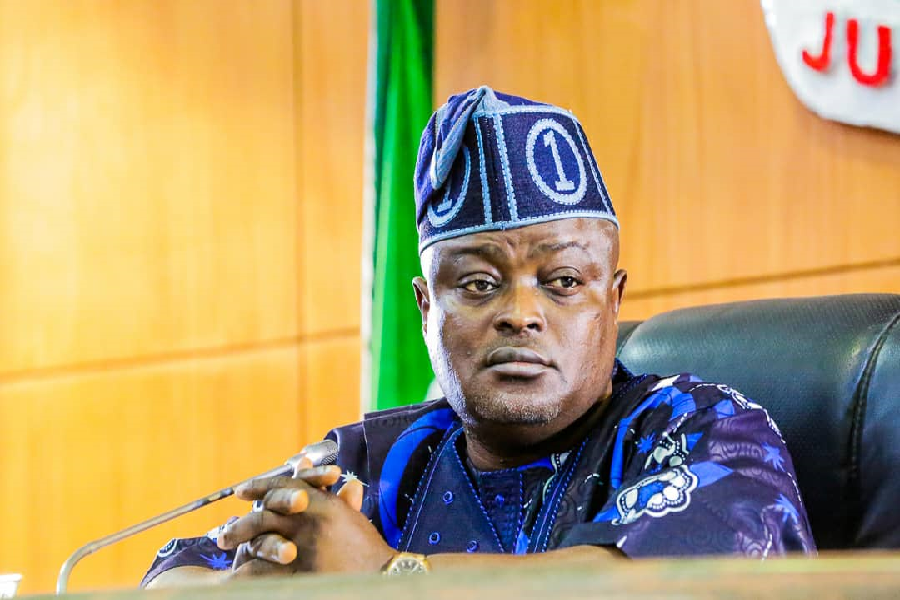 Officials of Ecobank, Wema Bank and Polaris Bank have absolved the Speaker of the Lagos State House of Assembly, Rt. Hon. (Dr)Mudashiru Ajayi Obasa of allegation of operating multiple bank accounts in the banks.

Some representatives of the banks spoke before the 9-man House Adhoc Committee on fact-finding and investigation on the corruption allegations against the Speaker being circulated on the social media on Friday.

The bank officials stated that it was not possible for an individual to operate multiple accounts with one Bank Verification Number (BVN).

A Business Development Officer with Wema Bank, Mr. Adekunle Adeleke, said that the BVN server is not reserved with any bank, but the Central Bank of Nigeria (CBN).

“The BVN and the accounts stated in the story are not correct and they don’t belong to the Speaker of the Assembly.

“It is not possible for a BVN to have two dates of births. If they do so, it would be rejected in another bank, they would have to swear to an affidavit so that it would be the same.

“If it should be changed, it would be backed up by marriage certificate or sworn affidavit,” he stated.

Adeleke stressed that the companies stated by Sahara Reporters in their reports had no linkage with Rt. Hon. Mudashiru Obasa.

He added that the name, signature and other details in the story has no relationship with Rt. Hon. Mudashiru Obasa.

“You can write Wema Bank to confirm if the accounts mentioned by Sahara Reporters had any relationship with the Speaker.

“The computer system in the bank has a digital footprint that would show any visit to any account. It will show imprint of anyone that checks the account. You can request the details of all the checks, but we will need written request from the owner of the account.

“BVN is a different server, it does not belong to any bank. You cannot punch BVN and get any financial details. It is only the regulator or the anti-corrupion agency that can do so through the CBN,” he said.

Mr. Omotayo said that only three of the 64 accounts credited to the Speaker by SaharaReporters were with Polaris Bank.

He revealed that two of the accounts belong to one Mr. Adebayo Adeyemi David, while one belongs to Mr. Ajayi Mudashiru Obasa.

“Mr. Adebayo Adeyemi David is different from Mr. Ajayi Mudashiru Obasa and there is no linkage between the two personalities.

“Rt. Hon. Ajayi Mudashiru Obasa has one account with our bank and the BVN quoted for Obasa is correct. The other person has a separate BVN for the two accounts.

“We know those who access any account at any point in time. We can avail you of the information if you require it,” he said.

The General Manager of the Lagos State Public Procurement Agency (PPA), Mr. Onafowote Fatai Idowu, who was also invited by the Committee, revealed that the 40 Toyota Corolla back-up cars bought for the 8th Assembly were with the notice of his office and that the purchase followed the due process.

He said that Certificate of Compliance was issued for the procurement of the vehicles on 30th April, 2019.

“We were communicated and we responded for the process to continue and we approved the purchase of the vehicles.

“The purchase of the vehicles was approved by the Management Committee of the House, led by the Speaker Mudashiru Obasa and the relevant documents were provided.

“Members of the Committee were Hon. Wahab Olumuyiwa Jimoh, Hon. Rotimi Olowo, Hon. Dayo Saka-Fafunmi, and Hon. Setonji David. The purchase was budgeted for and It is in tandem with the appropriate Procurement Law,” he said.

The committee subsequently adjourned sitting to Saturday 6th June, 2020 at 10am.