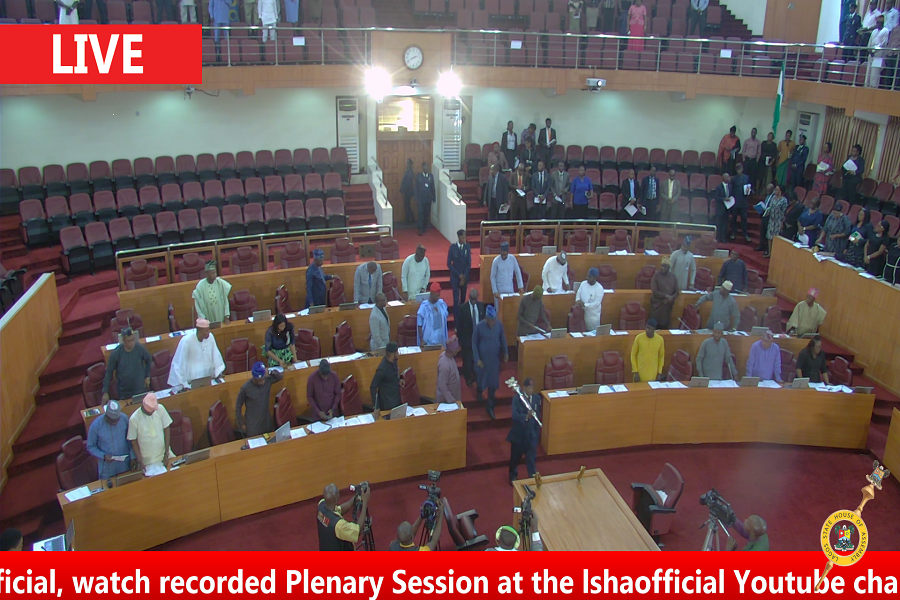 The Lagos State House of Assembly on Thursday lifted the suspension of two lawmakers, Moshood Oshun and Raheem Kazeem.

Speaker of the House, Mudashiru Obasa, made the announcement at the start of plenary activities on the floor of the House.

According to Obasa, the Governor’s Advisory Council (GAC) and the National Leader of the All Progressives Congress (APC), Asiwaju Bola Tinubu, called a meeting earlier in the week to intervene in the matter.

The Speaker said at the meeting, it was agreed that the House should reinstate the suspended lawmakers.

Recall that aside the suspension of the two members, two other principal officers, Olumuyiwa Jimoh and Rotimi Abiru, who were the former Deputy Majority Leader and the Chief Whip, respectively, were relieved of their offices.

Recall also that the sanctions was slammed against them by their colleagues on Monday March 9.