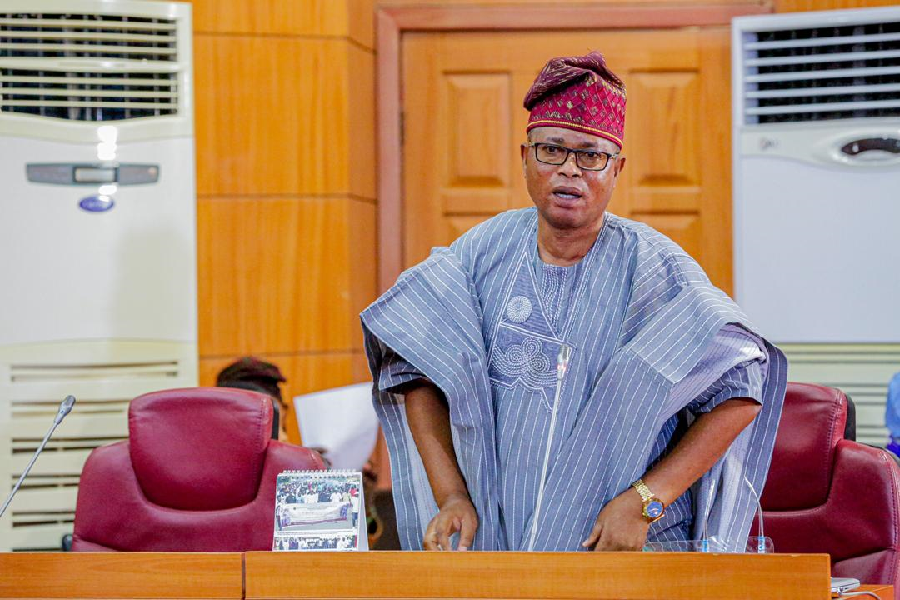 The Lagos State House of Assembly on Friday demanded the proscription of the Federal Special Anti-Robbery and the introduction of a new and well-structured security outfit in its place.

The House also called on the Commissioner of Police in Lagos State, Hakeem Odumosu, to provide protection for the protesters while they express their grievances.

The call was made at an emergency sitting presided over by the Speaker of the House, Rt. Hon. Mudashiru Obasa, to add a voice to the current call across the nation for an end to the widely reported alleged inhuman activities of the body.

Late Thursday, Obasa and some lawmakers had addressed some residents of Lagos who protested to the House of Assembly demanding for an end to F-SARS with some of them alleging that innocent people had become the major victims of the body.

Among the seven-point resolution passed after an extensive deliberation was also that the Senate and the House of Representatives should carry out a probe of the allegations against F-SARS including killing, maiming and dehumanising of Nigerians.

Below is the list of demands made by the House of Assembly:

RESOLUTION ON END SARS PROTEST
The House Resolved as Follows,that:

1. The Commissioner of Police Lagos State should protect End-SARS Protesters in the state and ensure that they are not molested

2. The Commissioner of Police should stop unwarranted molestation of our youths by the Federal Special Anti-Robbery Squad otherwise known as F-SARS and its counterparts in the State.

3. The Senate President and the Speaker of National Assembly should institute public enquiry on the extra judicial activities, killings,maiming and dehumanization of our youths by the Anti- Robbery Squad ; ensure that the victims are duly compensated while erring officers sanctioned appropriately.

4. SARS be proscribed and a new security outfit which will be more efficient with clearly spelt out code of conduct and rule of engagements be established while sanction is imposed for misdemeanor.

5. Mr President to ensure that culpable officials of SARS receive the punishment as prescribed by the National Assembly.

6. Committee on Judiciary, Human Rights and Public Petitions liaise with the Commissioner of Police and Attorney General of the State to fashion out ways and means to address allegations of ruthlessness and extra judicial killings contained in the petition against SARS in the state.

7. The Governor of Lagos State Mr Babajide Sanwo-Olu engage relevant institutions to protect lives and property in the state such that phones, laptops and other means of communication belonging to youths are not confiscated indiscriminately without warrant.