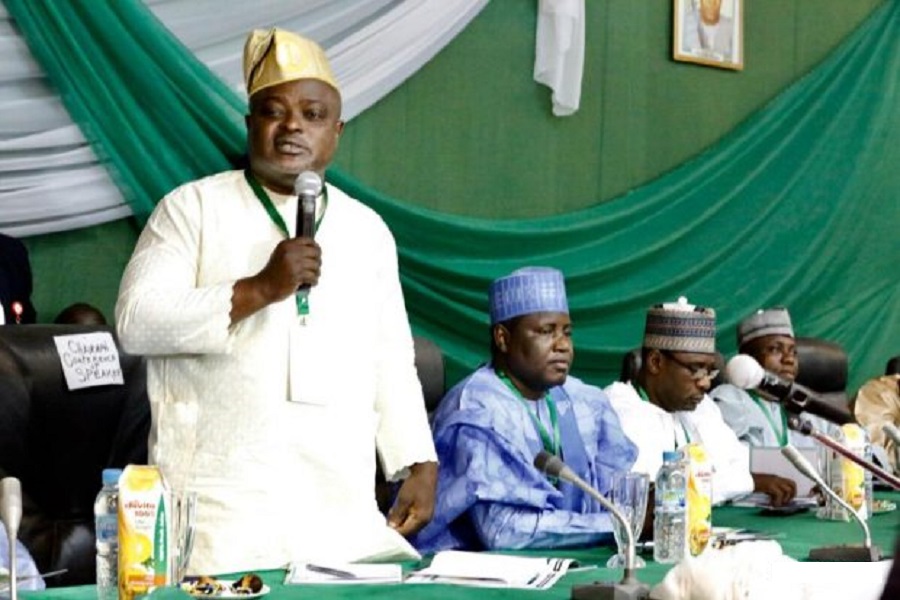 This was part of the decision reached at the end of the 3rd Quarter General Meeting of the Conference which took place between 7 and 8 December, 2018 in Maiduguri, capital of Borno State.

Reading the communique after the end of the meeting on Sunday morning, the Chairman of the Conference and Speaker of the Lagos State House of Assembly, Rt. Hon. Mudashiru Obasa, the Conference stated that its intervention hinged on the need “to not only ensure amicable resolution of the crises, but also to ensure good governance”.

Rt. Hon. Obasa stated further that the Conference also cautioned the Judiciary especially the lower courts to exercise caution by not interfering with constitutionally assigned roles already undertaken by the Legislature but should wait until the conclusion of such matters.

“The Conference regrets that Judiciary is fast becoming a clog in the advancement of our democracy and strongly decries a wave of recent judgments undemocratically preventing state assemblies from perforrming their constitutionally-guaranteed functions of oversight of the Executive arm of government relating to cases of bribery and corruption.

“We call on the Chief Justice of Nigeria and the National Judicial Council to check this trend before judges truncate our democracy,” the Communique added.

The Conference also called on the Nigeria Police to be more professional in the discharge of its constitutional responsibilities by desisting from invading and occupying state Legislative Houses in the country. “The Conference sees the frequent unprovoked invasions of the legislative houses by the police as unprofessional, detrimental and runs contrary to the entrenchment of democratic values and culture,” the statement added.