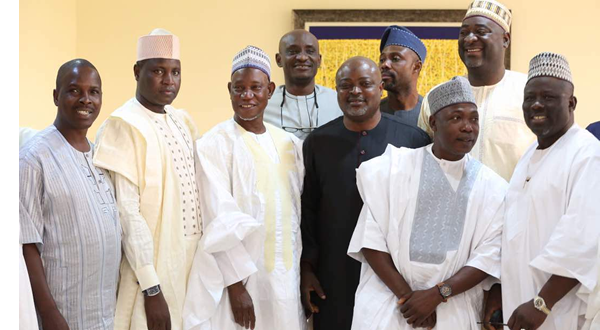 The Speaker of the Lagos State House of Assembly, Hon. Mudashiru Obasa on Monday expressed reservation on the ongoing 1999 constitution amendments by the National Assembly, saying failure to include devolution of powers on the areas to be discussed by state assemblies would render the exercise as worthless.

Obasa made the remarks while reacting during plenary to a report presented by the Deputy Speaker of the House, Hon. Wasiu Sanni-Eshinlokun over the just concluded Conference of Speakers’ Forum in Yola, Adamawa State.

The Speaker also debunked the rumour that the conference of speakers had adopted local government autonomy as part of the proposed amendments of the constitution.

Obasa however disclosed that the forum did not pass such resolution on autonomy of local local government as reported in some media, adding there was not such discussion during the meeting.

“We did not discuss anything relating to autonomy to local government. We were only given the privilege to go back homes and get the feelings of our people,” the Speaker said.

While reiterating on the general amendments to the constitution, Obasa maintained that the proposals would ve only favour the National Assembly and not the interest of the people.

“The States have nothing to rejoice without devolution of powers. It is not something we should be cheerful about especially now that people are clamouring for restructuring.

“The National Assembly should do something meaningful; something that will be acceptable to Nigerians. The amendments proposed so far are not something we should be talking about now. We will register our grievances,” the Speaker noted.

e Deputy Speaker, Sanni-Eshinlokun had earlier disclosed that the conference started last week Thursday and was concluded on Saturday.

The Deputy Speaker also added that only 22 out of the 33 items that were proposed for amendment would be transmitted to the state Houses of Assembles for debate.