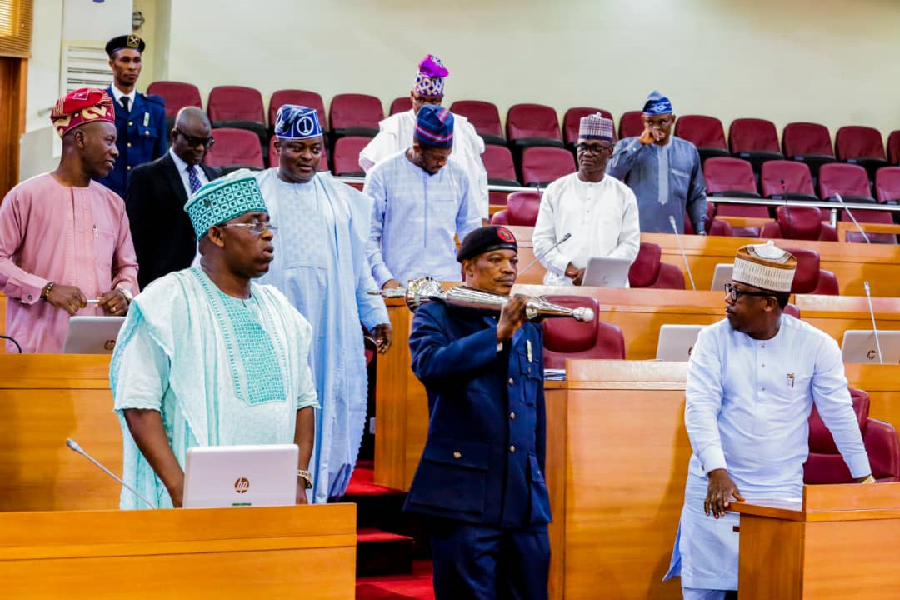 The Lagos State House of Assembly has urged Governor Babajide Sanwo-Olu of the state to ensure proper sensitization of the residents of the state about the dreaded Coronavirus.

The issue was raised under Matter of Urgent Public Importance by Hon. Akeem Shokunle (Oshodi/Isolo 1) during plenary on Monday and it was seconded by Hon. Lukman Olumo (Ajeromi/Ifelodun 1).

Shokunle, who chairs the House Committen on Health, stated that it was important that the Governor should sensitize the people of Lagos State on the matter and implement the law passed by the 8th Assembly on Cancer And Diseases Control Institute.

Sanwo-Olu was also urged to direct the State Commissioner for Education to do proper awareness on Coronavirus in all public and private schools in the state.

Speaker Mudashiru Ajayi Obasa of the House, who thanked members for their contributions to the matter, stated that issue of placing a ban on airlines from the countries affected by Coronavirus had to be re-considered due to the economic consequences.

“The Federal Government and Lagos State Government are working hand in hand to curb the spread of Coronavirus.

“We should commend our State Governor for his efforts on the matter. But, we should call on the Governor to implement the provision of the law on Centre For Cancer and Diseases Control, which was passed in the 8th Assembly.

“People, who had contact with the Italian man suspected to have been infected with Coronavurus are being watched. We should standby at all times to reduce or prevent the incursion of such a disease into our state,” he said.

Obasa stressed that the state government needed to reach out to many organizations including the local government authorities, CDAs, CDCs, NURTW and others to educate them so that they could pass information to the people.

He advised that people can stop going to mosques, churches and parties for now.

“We should wear mask or wash our hands. We can use handkerchiefs when we go to gatherings.

“The Commissioner For Education should ensure adequate campaigns in our public and private schools, he said.

Contributing, the Majority Leader of the House, Hon. Sanai Agunbiade (Ikorodu 1) stated that residents of the state should be urged to comply with all the preventive measures to keep away from Coronavirus.

He added that where any case is suspected, there are telephone lines that have been released for the people to call.

Yishawu gave an example of where it was reported that the Italian man that was quarantined by the state government over Coronavirus wanted to escape from where he was being kept.

Also speaking, Hon. Abiodun Tobun (Epe1) thanked the state government for their efforts on the matter and advised the people not to spread the disease beyond where it is.

“It happened in China and not Nigeria, it is only one case that was reported in Lagos.

“We should know how to handle it. We know what happened during the time of Ebola, when the state government curtailed it.

“We should take our health with seriousness. We have to take our hygiene seriously and protect ourselves from diseases.