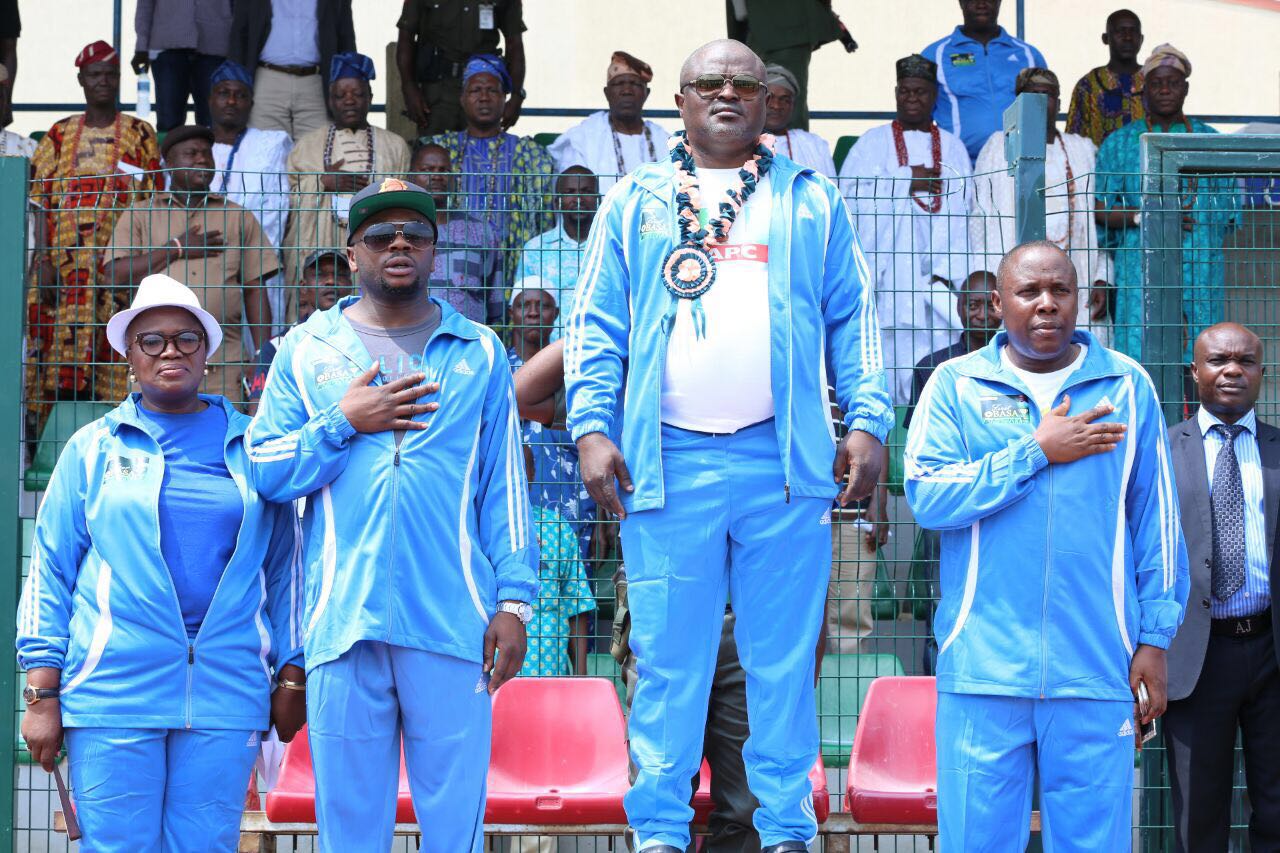 Dairy Farm Senior Secondary School, Sango won the maiden edition of the Mudashiru Obasa Cup for Male Secondary School. Government Senior College, Agege won the female edition of the competition.
At the keenly contested final matches played at the astro turf pitch of Agege Stadium on Wednesday, 25th May, 2016. Dairy Farm Senior Secondary School defeated Abibatu Mogaji Millennium Senior Secondary School, Iloro, Agege by 2-0 while Government College defeated their counterparts from Girls’ Senior Secondary School, Agege by a lone goal.
The competition was bankrolled by the Speaker of the Lagos State House of Assembly, Rt. Hon. Mudashiru Obasa.
Speaking after the presentation of trophies and prizes to the winners, Rt. Hon. Obasa stated that the competition was conceived to unearth football talents for the country’s various national teams.
“Agege is well noted for producing sporting talents for Nigeria and I want to add that it is not only in football Agege has excelled as there talents from other sports who have come out of Agege to represent Nigeria at various levels” he said.
The Lagos Assembly Speaker assured that the competition would be an annual event promising that the next one will be bigger than this.

The presence of members of the Lagos State House of Assembly in their sky blue track suits added colour and glamour to the event watched by a capacity crowd.