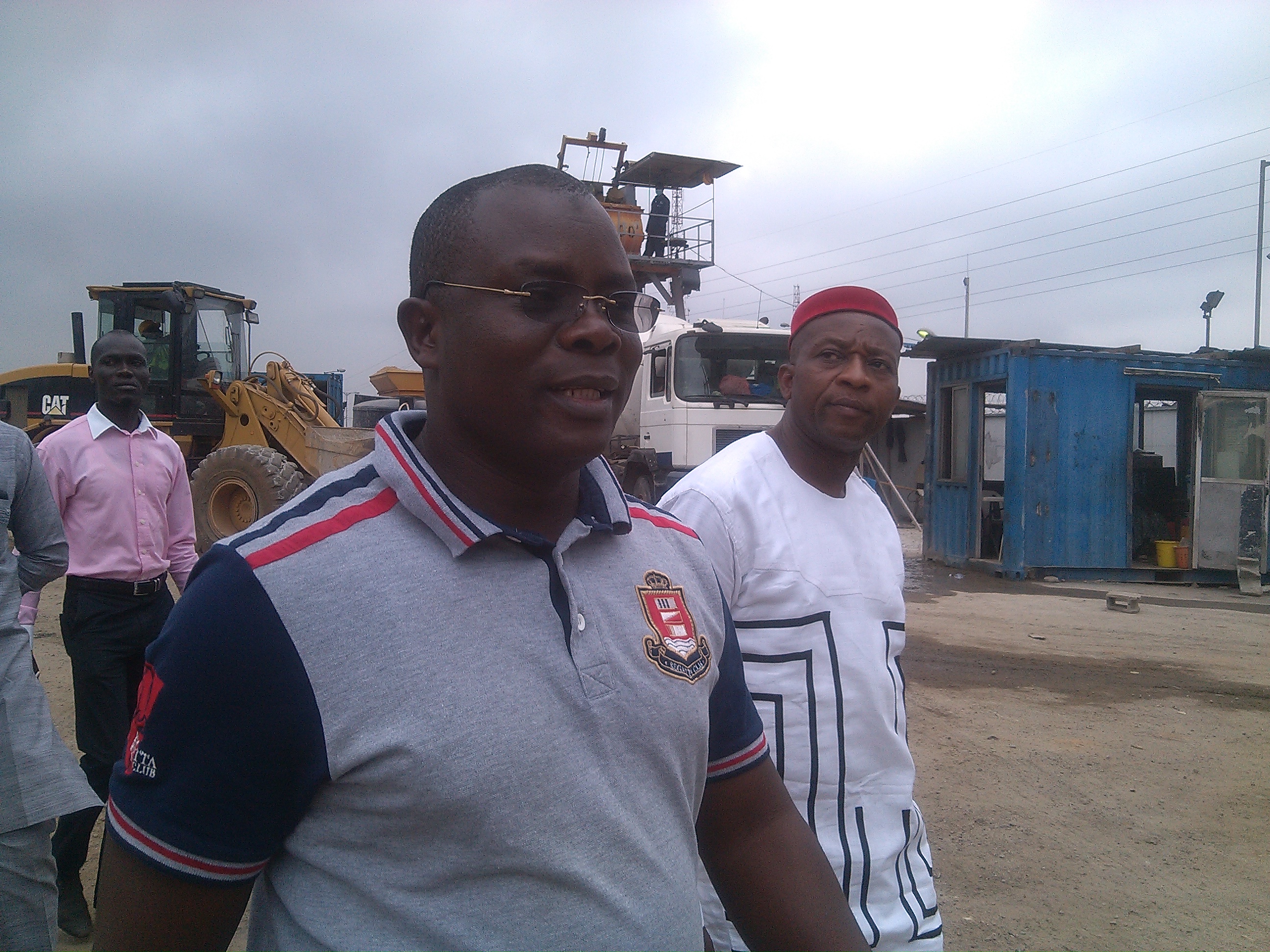 The Chairman Lagos State House of Assembly committee on Transportation, Fatai Mojeed has given contractors, Quattro Alchemy and FCC, handling works at Tafawa Balewa Square (TBS) and Iyana-Oworoshoki to speed up the works as laid down or face sanctions.

The project at Tafawa Balewa Square (TBS) is being handled by Quattro Alchemy while FCC is in charge of three lay-bys and parallel road at Iyana-Oworoshoki.

The lawmaker, who handed down the warning on Thursday while on fact-findings exercise as part of its oversight function noted that tax payers money must be spent prudently.

Mojeed who was accompanied by a member of the committee, Abiodun Tobun observed that the three sites visited were designed to provide lay-bys and parallel road to ease traffic congestion in the state.

It was gathered that the three sites visited by members of the committee were TBS, Iyana-Oworoshoki and Alapere where work were still on-going.

According to the chairman, “If at the end of the day, we are not satisfied with the work done in line with specifications, the House has the right to advise the executive on what step to be taken as regards those contracts.”

He explained further that, “Out of the three projects that we visited, it is the only one at Alapere that the contractor is on the site. They commenced the work in June but I believe they will complete it within the specified period.

“The other one at TBS, the ministry has released 70 percent of the contract sum but with the physical assessment we have carried out, we discovered that only 35 percent of the job has been done but the contractor has given assurance that any moment from now they move back to site.

“The one at Iyana-Oworo and Kosofe axis, the contractors were not on site. They are yet to commence the major part of the work which has to do with the road.

“We have instructed them to move back to the site. We don’t want a situation where tax payers money will not be judiciously spent. The ministry has mobilized the contractor with 70 percent fund.

“The reason we are inviting them is to see all the necessary documents. These are procurement certificate, letter of the award, performance payment certificate, BOQ, which specify the scope of the work,” Mojeed added.

The representative of the Quattro Alchemy at TBS, Omotayo Sheni told the committee that what was delaying the canopy was as a result of issues they had with Customs over canopy imported to be installed on the lay-bys.

Also Thomas Connighan who spoke on behalf of FCC, the contractor handling the Iyana-Oworo, which has three lay-bys and parallel road, said that the construction of the road had been hampered as a result of a ‘green house’ that was not demolished.