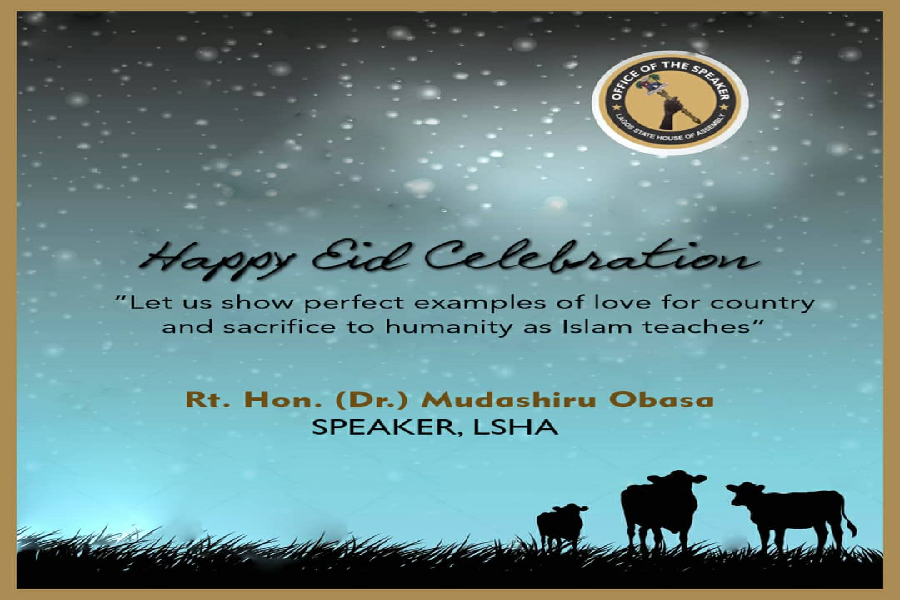 The Speaker of the Lagos State House of Assembly, Rt. Hon. Mudashiru Obasa, has urged Nigerians to see peace as one of the major ingredients for democracy to thrive.

Obasa made this known in his Eid-el-Kabir message to Nigerians including residents of Lagos and politicians in the state, which is preparing for local government elections.

The Speaker, who noted that the yearnings of many well-meaning Nigerians were justified, however, added that going about such demands and requests through violent means would not help the citizens and the country.

“We complain about a dwindling economy today, but the truth is that restiveness, banditry, terrorism, kidnappings and general insecurity are some of the major causes.

“It is not difficult to know that no nation can thrive or succeed when it is violence-ridden.

“Just as citizens must begin to live in peace and neighbourliness, we, as leaders, must also not nap, we must not sleep on ideas to make the country great.

“We must show perfect examples of love for country and sacrifice to humanity as Islam teaches.

“In Lagos, we have remained a good example of a working democracy thanks to our hardworking leaders and faithful residents.

“We must allow people of the state to decide and choose leaders that will serve their interests for the next four years. So, we must all come together to condemn anything that has to do with violence.

“We must do that, it is important because anything can become the outcome of violent actions. We don’t want that to happen,” the speaker said as he congratulated Muslims in the country for witnessing another holy celebration.