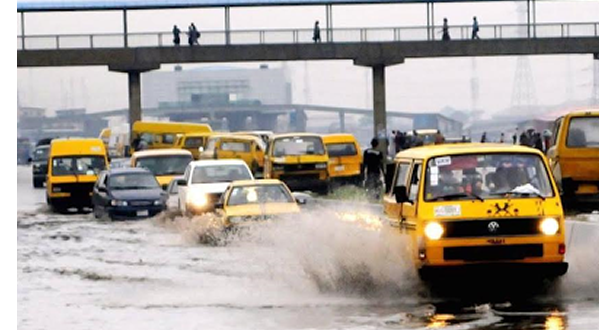 The Lagos State House of Assembly has called for collaboration between the state Ministry of the Environment and the Ministry of Urban Planning and Physical Development during plenary on Tuesday.

In a Motion sponsored by Hon. Gbolahan Yishawu and others, the house directed that Governor Akinwunmi Ambode to order the two ministries to remove structures that are blocking drainages.

They also directed that the ministries should ensure that canals are dredged constantly, while slit should be removed regularly.

The state government was also directed to comply with the masterplan for the state, create a rescue team and ensure cooperation amongst the relevant ministries.

In addition, the Ministry of the Environment was urged to publicise its emergency lines: 767 and 112 so that the people could be aware of the number to call during emergency period.

Addressing the lawmakers earlier, the state Commissioner for the Environment, Dr. Babatunde Adejare had blamed the massive flood that ravaged some parts of the state on natural and human causes.

According to him, “natural cause comes in form of climate change, and this affected places such as London, Suleja and other places. There was high tide at the sea that made the level of the water to rise.

“The flood affected places such as Lekki, Victoria Island and Lekki- Epe Expressway. But the water receded within 12 hours. We have been embarking on tree planting to reduce climate change in the state.

Adejare said further that there were illegal dredging all over the state and that machineries had been put in place to correct all these, adding that drainages collect water and send to the lagoon.

He said further that the ministry does massive clearing of drainages before, during and after rainy season.

The commissioner stressed that it would take time before drainages are properly cleared, and that a lot of advocacy is being done through the print and electronic media to inform the people about the need to prevent flooding in the state.

A lawmaker, Hon. Bisi Yusuf said that the ministry has neglected its responsibility and that they were reacting instead of preventing, adding that there is a law against building structures on river banks.

Hon. Rasheed Makinde commented that the incident was a cummulation of what happened over the years and that there was a masterplan for the development of Lekki area of the state.

Other lawmakers also commented that the ministry of the environment should rise to the occasion and ensure that the incident does not repeat itself in the state.

The Speaker of the House, Rt. Hon. Mudashiru Obasa said in his comments that it was essential for the Ministry of the Environment to address the observation of the lawmakers.

He added that it was important for the Commissioner to visit all parts of the state affected by flood last week, and that the number of people clearing the drains have reduced.

“Monitoring and compliance are important. Information dissemination should also be emphasised. The ministry should put in more efforts to control flood in the state,” he said.