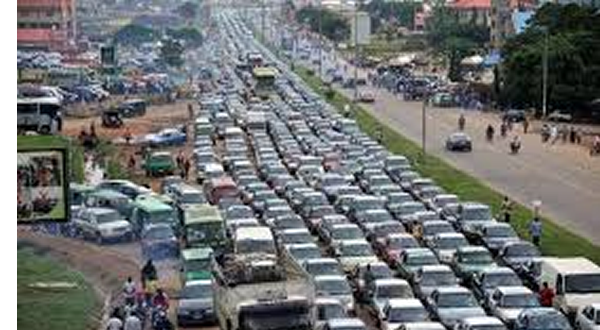 Owing to constant gridlock on Lagos State roads, the State House of Assembly has urged Governor Akinwunmi Ambode of the state to direct the officials of the Lagos State Traffic Management Authority (LASTMA) and Vehicle Inspection Service (VIS) to intensify traffic control in the state.According to the Speaker of the House, Rt. Hon. Mudashiru Obasa, the traffic situation in the state has become worrisome.The Speaker,  who raised the matter on the floor of the House during plenary on Tuesday, added that it was the responsibility and duty of the state government to ensure free flow of traffic in the state.”This is one of the duties of LASTMA. We should call on LASTMA and Governor Akinwunmi Ambode to order the leaders of LASTMA to ensure free flow of traffic in the state.”LASTMA officials should stop the actions of folding arms, while motorists and okada riders do whatever they like on the roads. Any official that fails to perform his or her duty should be sanctioned. “We need to take adequate steps on this,” he said.The Speaker also ordered the clerk of the House, Mr. Azeez Sanni to write the family of the LASTMA official, Adeyemo Rotimi that was killed by an officer of the Federal Special Anti-Robbery Squad (FSARS), Joseph Oki in Iyana Ipaja area of the state in November 2018.He added that that the House Committee on Transport should pay a courtesy call on the family of the deceased.”Something must be done about the gridlock all the same. The LASTMA officials are being paid salaries. We know that this is Yuletide period, but we must ensure that there is free flow of traffic in the state.”We will write the Governor to call on LASTMA and VIO to ensure free flow of traffic on all our roads in Lagos State while motorists should also obey traffic laws. “We sympathise with LASTMA for losing one of their personnel, and we want the Attorney General and Commissioner for Justice in the state to initiate a process of compensation for the family of the deceased,” he said.It will be recalled that a police inspector attached to the Federal Special Anti-Robbery Squad (FSARS), Ikeja allegedly shot dead an official with the Lagos State Transport Management Authority (LASTMA) while controlling traffic on Wednesday 28, November, 2018.

The LASTMA official was shot dead when he challenged the policeman, identified as Joseph Oki, for disobeying traffic rules.

The victim, popularly known as ‘Baba Ibeji’, had stopped the police inspector who was driving a cream coloured Highlander jeep with registration number plate LSR 277 BJ to allow free flow of traffic.

It was gathered that the LASTMA official reportedly scolded the policeman for flouting traffic rules.

According to sources, the policeman, who felt insulted by Adeyemo’s warning, allegedly pulled a pistol and shot the LASTMA official in the eye, killing him on the spot.In his contribution to the matter, the Chief Whip of the House, Hon. Rotimi Abiru (Shomolu 2l advised that residents of the state should behave themselves on the road.Abiru stated that the vehicles on the roads are not all owned by the government. He added that this is ember period and that there are more activities in Lagos. Also contributing, Hon. Bisi Yusuf (Alimosho 1)  said that the manhour lost on the road is much. “We should appeal to the state government to return the power of LASTMA because they cannot arrest traffic offenders now. “The way LASTMA ofdicials are killed on our roads is inhuman. “Just three weeks ago, a LASTMA official stopped a vehicle that was going on one way, then a police officer shot the LASTMA official at close range. The state government should give LASTMA power as it happens in others places. They have been subjected to serious humiliation,” he said.Also, Hon. Tunde Braimoh (Kosofe 2) said that the matter was of grave concern and that it is scaring people away from Lagos.He suggested that the House should invite the head of LASTMA to interface with the Transport Committee of the House on the matter.The Leader of the House, Hon. Sanai Agunbiade stated that it would be proper if the letter of condolence was handed over to the family of the deceased LASTMA official by the Chairman of the House Committee on Transport. He said that the FSARS officer, who shot the LASTMA officer should be sanctioned post humously. “We should demand on behalf of the LASTMA family that died that the police should compensate members of his official,” he said.However, the House would be commemorating 2018 Hijrah, commission the newlt constructed assembly mosque and organise prayers for the celebration of the 76th birthday of President Muhammadu Buhari on Friday, 21, December, 2018.
Meanwhile, the House has adjourned plenary to Monday 7, January, 2019,