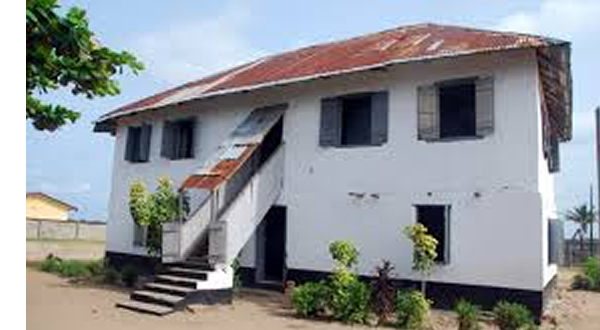 The Lagos State House of Assembly on Monday called on the state Governor, Akinwunmi Ambode to direct the Commissioner for Tourism, Arts and Culture, Hon. Adebimpe Akinsola to list all the historical centres and monuments in the state with a view to preserving its cultural heritage and promote tourist interests.

This was part of the resolutions of the members of the House after deliberating on a motion sponsored by some members led by the Majority Leader, Hon. Sanai Agunbiade.

The motion specifically identified Epetedo in Lagos Island, where the presumed winner of the June 12 presidential election, Chief Moshood Abiola made his declaration as the President of Nigeria.

Members believe that centres such as the first storey building in the country, Carter Bridge including Epetedo and other similar sites should be listed and preserved for future generations and economic values.

While supporting the motion, the Speaker, Rt. Hon. Mudashiru Obasa who presided over the plenary maintained that the preservations of those historical centres would enhance the state interest in attracting tourisms into the state.

According to the Speaker, “I quite agree with the sponsors of the motion. There is need for us to identify and list all these centres and have access to them. When you are encouraging people to come to our state, we should get them to know the historical centres, it does not necessarily have to be government edifice.”

The prime mover of the Motion, Hon Agunbiade had earlier listed the categories of the historical centres and monuments into three.

According to Agunbiade, Grade A will include all centres that the government will list and take over.

Grade B, he said, will include those centres that the state government will compensate the family of the owners and Grade C will be listed and marked without any compensation.

Hon. Abiodun Tobun berated a situation, where such centres are demolished, adding that the government should preserve those centres for future generations.

The Deputy Majority Leader, Hon. Muyiwa Jimoh said, “If we don’t know our history, we won’t know where we are coming from. Just like CMS which is the first Secondary school in the country. Herbert Macaulay’s statue fell down, but people didn’t feel the sense in re-erecting it. If we don’t preserve our collective patrimony, it does not show we are human.”

On his part, Hon. Bisi Yusuff reiterated the need to preserve the Epetedo centre. He argued that Abiola paid the supreme sacrifice to defend democracy.

He believes that democracy being enjoyed in the country today was as a result of Abiola’s doggedness, who according to him, fought the military, saying such a centre should be preserved.