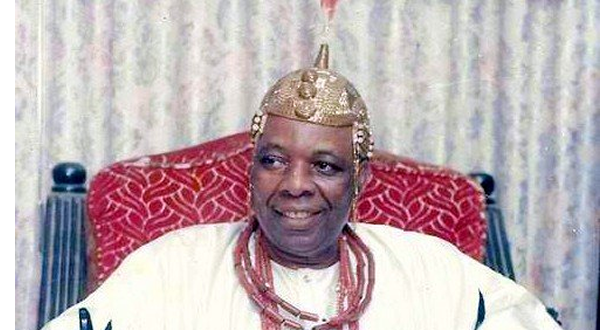 The Owa Obokun of Ilesa and Paramount Ruler of Ijesaland, His Royal Majesty Dr Gabriel Adekunle Aromolaran, has praised the administration of Governor Akinwunmi Ambode for enduring infrastructure development in the state.

Oba Aromolaran also praised the Lagos State House of Assembly for providing the necessary enabling legislative environment for the Governor to operate as well as enacting laws which have contributed to thedevelopment and growth of Lagos State and its people.

The monarch who spoke during the conferment of a chieftaincy title on Rt. Hon. Obasa also commended the National Leader of the All Progressives Congress (APC), Asiwaju Bola Ahmed Tinubu for his contributions to the growth of democracy in the country and for being the architect of modern Lagos.

“There’s no doubt that Lagos has witnessed monumental development and growth under Ambode. I’m very impressed with the Governor’s performance. Equally commendable is the performance of the state House of Assembly under the leadership of Rt. Hon. Obasa. The House has not only provided the needed enabling legislative environment for the Governor to operate, it has also enacted people-oriented laws which have contributed to the development and growth of Lagos and its people,” the monarch said.

“Asiwaju Tinubu has contributed and still contributing immensely democracy in Nigeria and enthronement of Rule of Law in the country,” Oba Aromolaran said.

Responding, Rt. Hon. Obasa assured the monarch that the Ambode administration will not relent in working for the enhancement and progress of Lagosians while the House of Assembly will not relent in providing the enabling legislative environment for the Governor. “Our common goal is the development and growth of Lagos and its people,” he said.

Rt. Hon Obasa thanked the monarch for honouring him assuring him of support. Rt. Hon Obasa was honoured with the title of Baamofin of Ijesaland.