In Lagos House of Assembly, Speaker Obasa Is An Exemplary, Motivational Leader – Ogundimu 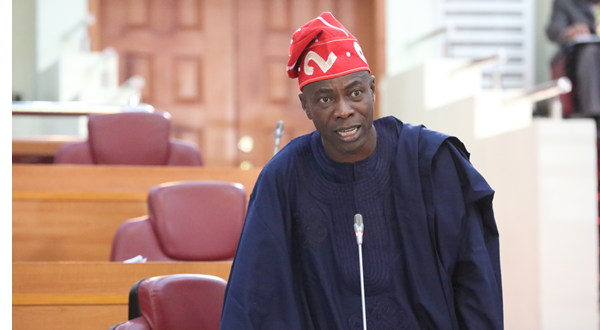 In Lagos House of Assembly, Speaker Obasa Is An Exemplary, Motivational Leader – Ogundimu

Honourable Oluyinka Ogundimu is the representative of Agege State Constituency 2 in the Lagos State House of Assembly. A two time lawmaker, he is also the Chairman of the House Committee on Finance.
In this interview, he speaks on his experience in the House so far, the leadership style of the House Speaker, Rt. Hon. Mudashiru Ajayi Obasa and other issues.

Sir, as the chairman of the house committee on finance, what does the job entails?
· Wow, that is a very big question; well it entails the activities of revenue and monitoring of MDAs that has to do with revenue generation in Lagos state and getting the budgeted figure given to them and ensure they meet up with the standard expected.
You know the budget of this year is more focused on improving the Internally Generated Revenue (IGR) of the state and that means there is a lot of work to do for the finance family. Aside from monitoring of the finance agencies like LBIC, Ibile Holdings, LAGBUS, STOs and also the debt management office, even the Governor is on ground monitoring the process, hence being the Chairman of the Finance Committee of the House involves a lot of work.

· As the Chairman of the Committee, what does the committee do in case there is a shortfall in the revenue expected?
· What we have just done is not to wait till the last quarter of the year when they have to bring their returns, we have decided at the committee level that at each quarter of the year, we will have to call for the revenue figures from all the MDAs and we get our own figure from the STOs, Ministry of Finance and Oracle, so we marry them together to reconcile and see the differences. Actually, there are bound to be differences because the standard limit for each of the organs is different, if we get the final figure, we then ask the MDAs to bring their performance figure and see if it conforms with the standard figure and if there are deviations, we have to see what is responsible either it is shortage of staff or they have not been doing their best, we correct them right there and they go back to the field. If they are still not conforming, we will see the result in the next quarter which will be the middle of the year, and then we can raise the issue on the floor of the house.

· Sir, you are a second time legislator, during your first term in the office, what are the challenges you face?
· As a first timer, you are said to be green, one lacked the technical know-how, the skill require of the office, one’s residual knowledge might not be enough, there is need for experience in this job. If one does not have the experience, people will just be calling you honourable and one will be answering without knowing the rudiments of the office. Optimally for one to perform there is need to learn from the senior colleagues and secondly, there is need to get involve in training that will expose you to the core aspect of the job and thirdly is learning on the job, where you will be able to sit down with other honourable members and read fervently from the books. We are very lucky in this House as we are expose to a lot of trainings, even if one is learning carpentry or mechanic, I think it is enough to know the rudiments of the job.

· Cuts in… Even during your first term, you were rated one of the best honourable, how did you manage to surmount the pressure?
· Well, one has to just throw away every possibility of making errors, face the business from day one, if you make mistakes, they will correct you, then you learn from your mistakes. I don’t think that is an offence, just determination that you should face the job from the beginning, secondly, you need to get some mentor and one’s background also is a factor to assist in doing better on the job.

· Recently sir, you commissioned boreholes in all the wards that make up your constituency, as a lawmaker, are you expected to do this?
· Yes, I commissioned seven bore holes that made up my constituency; the issue is like a business organisation that is set up in a particular community which is out to make profit, as the organisation is expected to be responsible like providing good roads and other community activities, in management, it is refer to as Corporate Social Responsibility, so as a lawmaker too, we should be socially responsible. Beside our legislative assignment, we should be able to set aside part of our salary to do these things one after the other. I may not be doing it at the same time, I just give myself a period of time to do it, I get some of the materials myself not minding the stress without awarding the contract to anybody and people appreciate it so well. So, I need to be socially responsible.

· What are plans on ground to monitor these entire projects?
· Ones the people are the curtain in the process of establishing the project, they take it up as their own and monitor it at all times. I asked them to get the elders, youths and the religious bodies, they were asked where they want it situated and they gave reasons, so the project was handed over to them. They gather to determine the price to be selling the water and whatever they get will be used to maintain the project like buying fuel and other stuffs to ensure the project last longer.

How will you rate the performance of the 8th assembly?
What you have asked me is a very difficult question, it’s like asking a child to mark his own script, what do you expect other than awarding marks to himself or herself, but to be candid, this is a very determined assembly, having been part of the 7th assembly, I think we are more focused and determined. Determination is the key word; you will discover that there are some bills that people will just shy away from but this assembly never relent. A very good example is the Land Grabbing law; we’ve been on it for a very long time and at a point, it looks impossible but this assembly went ahead and pass the bill. Another example is the Neighbourhood Safety Corps bill, it is something that we look into severally and passed to the Federal Government but it’s like we’re crying lonely in the wilderness, but the fact is we need to help ourselves, kudos to the leader of the 8th assembly in person of Rt. Hon. Mudashiru Obasa for showing us the way. He single headedly pushed the bill and we all gave it a good shot as it becomes a law. These and many others are landmark achievement that doesn’t come easy, also is the kidnapping law; the 8th assembly is very proactive. Not forgetting that in law making business, there is what we called impact assessment of all the laws even the existing ones and that is what we are doing presently.

And you make your mark by moving motion for the fly over at pen cinema…
WOW… I have to give kudos to the Rt. Honourable Speaker and my colleagues, it was an overwhelming support that I have on the floor that day because it’s an eye saw, when we came up with that idea, the Commissioner for works was talking about stigmatization and I told him nothing concerns me with that, all I want to achieve is to ensure the traffic from Moshalashi Alhaja to Iju road, from agunbiade to oba ogunji and other routes, so, at the end of the day, the Governor reasons along with us and included it in the budget, if this is not achieved, it will affect the 2017 budget which I know the Governor won’t like.

· Together with the Speaker, you have brought development to Agege…
· Well, we have to give the Speaker a lot of kudos; he is always ready to support a laudable and genuine idea that will serve humanity. Like that of Abule Egba bridge that is on-going, Abule Egba to Oshodi, a lot of construction is on-going as well like the BRT lane, the road will even come with a service lane. We also have to appreciate the gesture of the Governor who is always ready to support the laudable ideas. These are what we’ve been working on in Agege and we have just started.