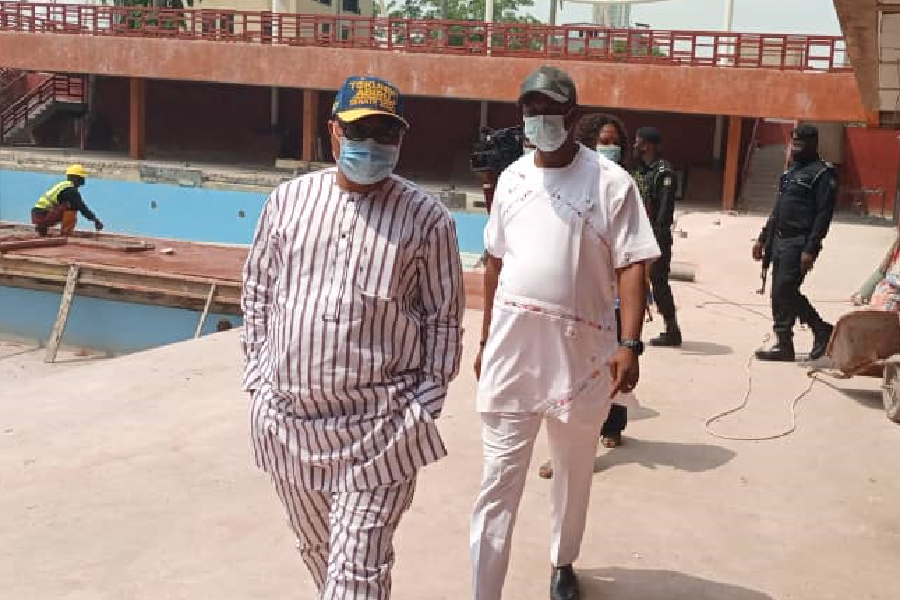 In continuation of the Ad Hoc Committee’s visitation to all the tourist attraction sites in all divisions of Lagos State, the Committee visited the sites in and around Lagos Island such as King Ado Circle, Mega Pipe, JK Randle Centre for Yoruba Culture and History, Glover Memorial Hall, Tinubu Square, Lagos House, Tafawa Balewa Square and others.

On Thursday, the Committee converged at the King Ado Circle which was discovered to currently undergo construction by Central Business District, CBD with the purpose of constructing a water fountain with the aid to further beautify the monumental site.

Occupying the precise location at Onikan is the JK Randle Centre for Yoruba Culture and History, an ongoing construction also visited by the Committee where they met with the contractor in charge, Constructions KAISER Limited.

Hon. Nurudeen Solaja-Saka remonstrated that the project ought to be in its final stage of completion as it has been awarded almost 5 years ago as copious amount of fund has been disbursed for the purpose of its completion.

“This project has been handled lightly, we should be at its completion stage by now. The Committee needs to be availed with information on the project status.” He said.

In response, Engr. Jayesimi Idris, Site Contractor in charge, disclosed that the slowdown of the project has majorly been due to the pandemic lockdown and the stalling of funds from the Ministry of Budget and Economic Planning which was promised for the purchase of materials.

The Committee therefore invited the contractor for a sit down on Wednesday with documents and pictorial evidence on project status, contractual agreement and project template to juxtapose the level of work done so far.

Also discovering the need for renovations, total rehabilitation of major monuments and sites discovered in Lagos Island; the Committee will further their inspections to other divisions in the State.