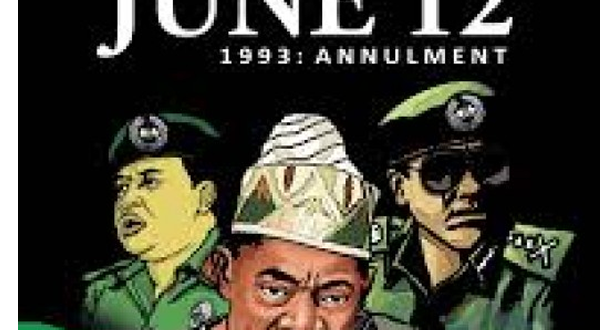 The Speaker of the Lagos State House of Assembly, Rt. Hon. Mudashiru Obasa, has described the annuled June 12, 1993 presidential election won by the late Chief Moshood Kashimawo Olawale (MKO) Abiola as not only mother of democracy in Nigeria but also in the African continent as a whole.

He also described the election as a positive reference point for free, fair and peaceful election in Nigeria in particular and the whole of Africa in general.

The Lagos Assembly Speaker disclosed this on Sunday in a statement to commemorate the 24th Anniversary of the election which although described as the freest, fairest and most peaceful presidential election in Nigeria and Africa, was annuled by the military junta led by General Ibrahim Babangida.

The Speaker’s statement was signed by his Chief Press Secretary, Musbau Razak.

“It was the freest, fairest and most peaceful election in the history of democracy not only in Nigeria but also in Africa. It’s the harbinger of peaceful, free and fair electoal process in Nigeria. It is thus worthy of celebration, ” Rt. Hon. Obasa said.

The Lagos Assembly Speaker urged Nigerians to imbibe the lessons provided by the symbolism of the June 12, 1993 election. “The election taught all Africans that the will of the people will always prevail no matter the odds. Majority of Nigerians irrespective of status,.religion or ethnic background voted overwhemingly, albeit in peaceful nature, for the late MKO Abiola. Thus, the June 12 election remains a positive reference for free fair and peaceful election in Africa,” the Lagos Assembly Speaker said.

He urged Nigerians to continue to pray for the repose of the souls of those who lost their lives in the struggle for the actualization of the historic mandate particularly the mandate bearer, Late Abiola and his wife, Kudirat. “These are the martys of democracy who laid down their lives for us all to enjoy the present democracy,” he said.