Lagos Assembly Calls For Ban of “Sokundaye,” Others 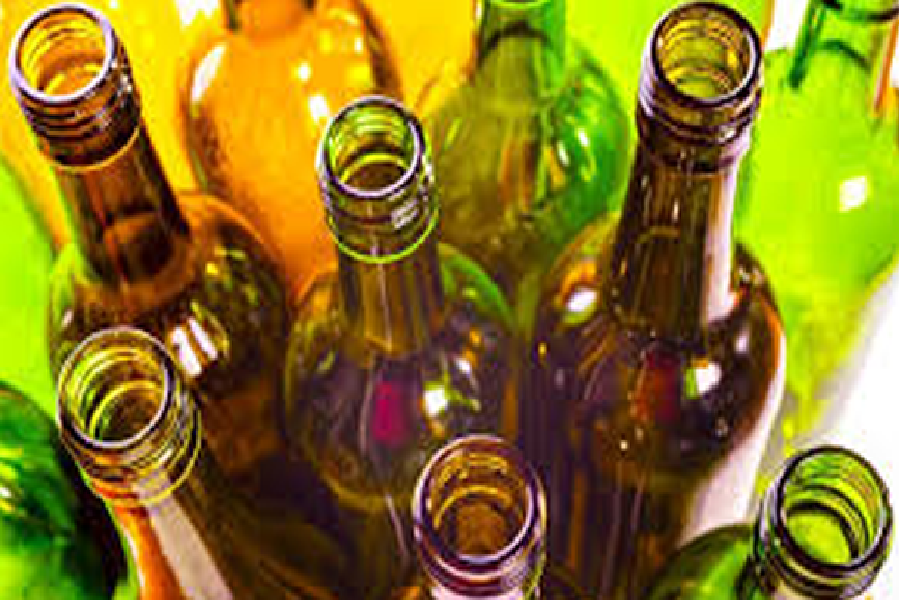 Lagos Assembly Calls For Ban of “Sokundaye,” Others

The Lagos State House of Assembly has called for the ban and sales of consumption of “Sokundaye” and other hazardous liquid substance in the state.

The Speaker of the House, Hon. Mudashiru Obasa said that generally, even in the United States of America, they had not stopped the use of drugs.

“But the law has to be stronger when it comes to selling to children.

“We should not allow children and teenagers to have access to it. What the products are being used for is different from what the producers intend them for.

“We have to stop primary school children from abusing the drugs.

“We should reach out to the necessary departments in the state Ministry of Health.

“The Ministries of Information, Health and Education should embark on awareness campaign on these products.

“We also call on market women and men as well as transport workers to embark on campaign against these products,” he said.

Hon. Akeem Shokunle, who moved the Motion during plenary on Tuesday, said that ‘Sokundaye was not a product, and that it is chemical.

“The chemical is used for embalment. They would mix it with water, it would not make you high, they only say that it would clear your chest.

“It is not a regulated product and it is not being approved. It should be banned from the system,” he said.

The House then called on Governor Babajide Sanwo-Olu of the state, Director General of Lagos State Safety Commission, Ministry of Health and Education and NURTW to campaign against the use of the drugs.

“We also call on the Ministry of Education to embark on sensitization of the people of the state,” Shokunle said.

According to him, the sales of harmful substance that weakens the body and poses threat to the health of consumers is increasing in the state.

“Sokundaye is from chlorophyll. It has the capacity to destroy the central nervous system that destroys the kidney.

“It might be the cause of constant kidney problem in the state. The product should be banned”, he added.

The lawmakers who contributed to the matter, said that they were aware of the continous sales of the product and others.

“We should call on Governor Babajide Sanwo-Olu to call on the Lagos State Safety Commission to stop the production of Sokundaye and other dangerous substances”, the House resolved.

Hon. Tunde Braimoh representing Kosofe 2 in his submission said that 65% of the Nigerian population is made up of active youths and that the nation neededto protect them.

He continued, “When the youth consume this kind of product we will have an unhealthy workforce. We should just ban the product if it destroys the nervous system. The state Ministry of Health should empirically analyse the product.

Hon. Desmond Elliot, in his comments, said that Sokundaye was just one of the many substances being abused in Lagos State.

He posited that banning the product was not the solution, and that if it was banned others would come up and that this would not solve the problem.

“We should orientate the masses on the danger in these products”, said Desmond.

Hon. Rotimi Olowo representing Somolu 1, in his comments, stressed that the future of Nigeria was at risk.

He opined that youth are hooked on tramadol on a daily basis, saying that there was need to look at the convergence of the youths that consume these products.

“We need to get the necessary agencies to see how this could be stopped.

Also speaking, Hon. Rasheed Makinde stated that the country was going through recession and that this had affected her economy, and social background.

“We see our youths engaging in illicit activities such as 419 and others.

“When they make money they spend on these products. The family should do more for their children.

“The communal responsibilities of those days are no longer there.

“The National Agency For Food And Drugs Administration and Control (NAFDAC) and National Standard Organization (NSO) should investigate these products. Even our law enforcement agents take these drinks,” he said.

Also speaking, on. Mojisola Alli-Macaulay said that the state needed to address the orientation of the people.

He stated that the state should look at the orientation of the young people in the state, which she said was bad.

“The way they behave encourages Immorality.

“The law enforcement agents are also culpable. We need an agency that can re-orientate these young people.

“The issue of banning may not work, we should just change the orientation of the people,” she said.