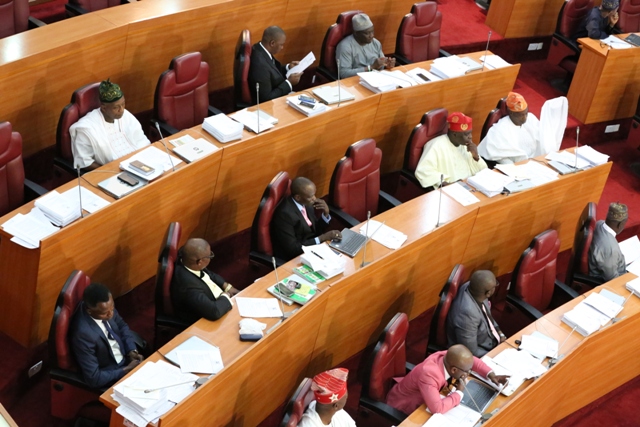 he Lagos State House of Assembly has called for a stakeholders’ meeting to address the recent outbreak of cholera in Isolo Local Council Development Area of Lagos, saying the sanitary inspectors would have to be re-introduced to sanitize the state of unhygienic surroundings.

It would be recalled that not less than 45 people were diagnosed with the deadly disease while six people died recently.

The lawmakers also called for the return of sanitary health officers and inspectors in all 56 Local Governments and Local Government Development Areas (LCDAs) in the state to help address the problem of poor hygiene and sales of contaminated edibles in Lagos State.

The stakeholders’ meeting, according to the lawmakers, will involve the Ministries of Health, the Environment, Information and Strategy, and Local Government and Chieftaincy Affairs, where stakeholders will be expected to map out ways to identify the root cause of the problem with a view to forestalling a future recurrence.

Key stakeholders from the Ministry of Agric and Rural Development as well as all Community Development Associations (CDAs) will also be expected to be part of the meeting.

The call was led by the Chairman, House Committee on Health, Olusegun Olulade, under the ‘Matters of Public Urgency’ during the plenary, where he drew the attention of other lawmakers to the unfortunate incident which was said to have occurred when some residents of the community consumed some local salad popularly known as “abacha.”

It was believed the local salad was contaminated by certain bacteria causing the disease.

Olulade also said in order to avert future recurrence, it was time for the State Government to begin enlisting the services of health inspection officers from each Local Government and Local Council Development Area.

He added that the health inspection officers would start going from one food seller to another with a view to fishing out potentially contaminated food.

According to him, “The outbreak of the disease with the subsequent loss of six lives is regrettable. It has been attributed to the consumption of contaminated local salad by some residents. But in order to forestall a recurrence, there’s the need for a stakeholders’ meeting involving relevant ministries and agencies to be held as soon as possible.

“There’s also the need for the State Government, through the Ministry of Information and Strategy, to commence immediate sensitization of residents on the need to maintain good hygiene and adopt various ways to take care of their immediate environment,” he said.

Speaking further, Olulade further said, “There is also need for health inspection officers to be brought back on board, as their presence and activity will go a long way in helping to rid our streets and markets of consumable food that could become injurious to people’s health.”

The call was supported by another member, Rotimi Olowo, who also said that the coming back on board of health inspection officers, popularly known as ‘wole wole’ in local parlance, would go a long in restoring the lost cleanliness in many homes and lives.

Olowo added, “Nowadays, it is not impossible to find people cooking food on soak-aways (septic tanks) or open gutters. How will there not be cholera, dysentery or any other deadly disease attributable to eating contaminated food? If health inspectors are allowed to begin operating again, we might be nipping the problem in the bud in the future,” he stated.

In his remarks, Speaker, Rt. Hon. Mudashiru Obasa, while throwing his weight behind the call for the stakeholders’ meeting, lauded the State Government’s efforts in addressing the outbreak on time by promptly identifying the affected community, and adequately quarantining the infected people.