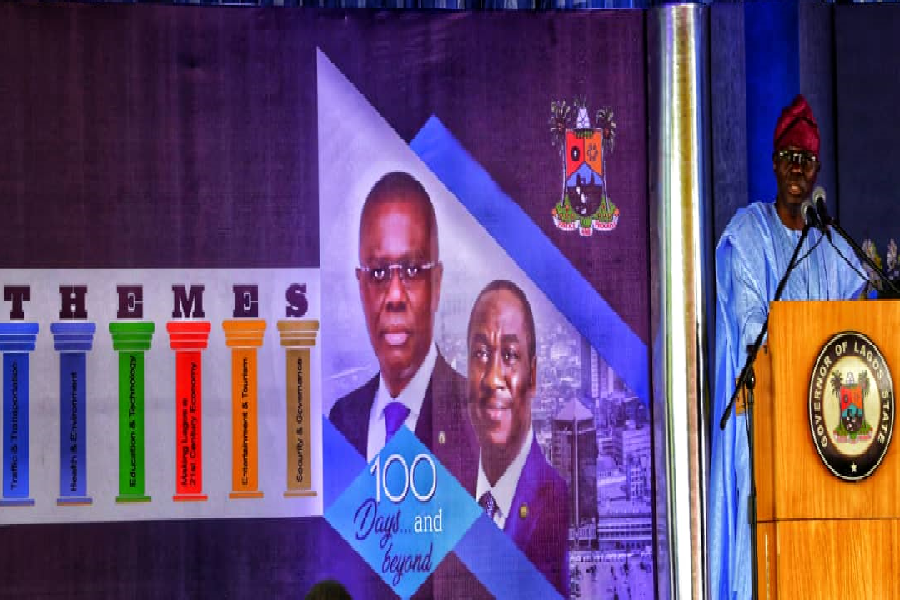 The Lagos State House of Assembly has commended Governor Babajide Sanwo-Olu for his achievements in the area of infrastructural development within his 100 days in office.

The Majority leader of the House, Hon. Sanai Agunbiade representing Ikorodu Constituency 01, raised the matter during plenary on Tuesday.

According to him, Governor Sanwo-Olu has done well in the midst of infrastructural and environmental challenges and within 100 days in office and he has been able to solve the problem, not completely but better than what he met.

“The roads have been contracted out for palliative measures, he has also visited some abandoned projects not minding the fact that these projects were not initiated by him such as Imota Road.

“He did not rush to the House for budget re-ordering or supplementary budget which shows that he knows what he is doing.

“The House needs to commend and encourage him for what he has been able to do,” Agunbiade said.

In his contributions, Hon. Rotimi Olowo commended the Governor for setting up an inter-ministerial committee to ensure projects completion and avert abandonment.

He also commended him for his initiative in overhauling the state security trustfund, citing that much needed to be done on streetlights around the state.

The Speaker of the House, Rt. Hon Mudashiru Obasa noted that it was not out of place for the parliament to recognise and commend somebody who started well.

“We don’t base our judgement on artificial or physical structure being put in place, but on the money invested in projects.

“Governance is all about listening to people and that is good governance.

“This is an avenue to encourage the Governor’s 100days in office, we are watching and we appreciate all that he has done, we assure him of our support,” he said.

The Speaker however called on the Governor to do more as he said that Lagosians were waiting for him.

He then directed the Clerk of the House, Mr Azeez Sanni to communicate the commendation of the state legislature to the Governor.

Meanwhile, the Speaker announced members of a selection committee, which he chairs, that would come up with names of the leaders and members of the standing committees of the House.