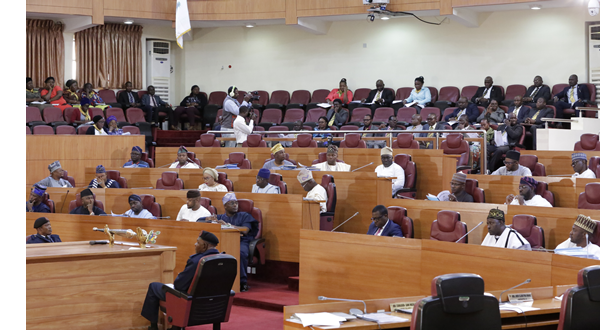 Lagos State House of Assembly Lawmakers commiserated with the Oniru family over the transition of Oba Idowu Oniru of Iru land.

Lawmaker representing Eti-Osa Constituency I, Hon. Noheem Adams notified the House on the passage of the Oba, at the age of 82. He thereby moved that a condolence letter be sent to the deceased family and one minute silence be held in his honour.

The Speaker, Rt. Hon. Mudashiru Obasa directed Mr. Azeez Sanni, the Clerk of the House to write a condolence letter to the Oniru family.

Hon. Obasa thereafter appointed a delegation to be led by Hon. Wasiu Sanni-Eshilokun the Deputy Speaker, to pay a condolence visit to the family on behalf of the Assembly.

In another development, the Lagos State House of Assembly has called on the National Assembly to expedite actions over the estimated electricity bill.

Hon. Rotimi Olowo who raised the issue Under Matters of Urgent Public Importance expressed dismay over the way EKO and IKEJA electricity companies have been extorting lagosians with exorbitant estimated bills.

Hon. Sanai Agunbiade who contributed, added that sequel to the deliberations of House of Representatives on the issue, it was observed that the distribution companies went haywire and intensified efforts in disconnecting the power supply of more residents which may result in a violent reaction from communities.

Hon. Tunde Braimoh said that there was a problem in the chain of power distribution as they generate megawatts without the adequate ability to distribute them.

The House concluded that in view of the extortion and lack of commitment of the distribution companies, the National Assembly should expedite action on the estimated bill decision and the Electric Commission should scrutinise the activities of the DISCO & IKEJA over the extortion.