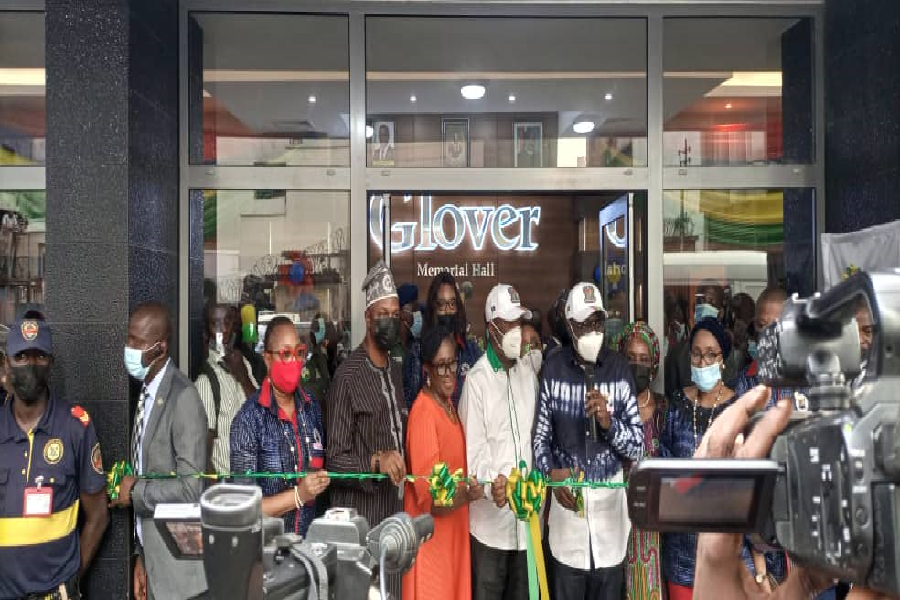 The Lagos State House of Assembly duly represented by the Chairman, House Committee on Tourism, Arts and Culture, Hon. Fatai Oluwa at the official commissioning of the restored Glover Memorial Hall on Wednesday saluted Gov. Babajide Sanwo-Olu’s administration over the major tourism development features in Lagos.

Also, ably representing the Rt. Hon. (Dr.) Mudashiru Ajayi Obasa, Speaker of the House; Hon. Fatai while delivering his goodwill message stated that the Hall will serve as a multi-functional purpose with rich contents that will be culturally, traditionally, and historically beneficial to Lagos State, Nigeria and globally.

“Aside its entertainment and tourism significance, the Hall is maximally utilised towards achieving its full potential, as a space dedicated to arts, culture and society as well as have huge potential to contribute significantly to the State’s revenue.” He said.

Adding that it is in the goodwill of the government to continue to strive towards a better Lagos; Hon. Fatai Oluwa coined the words of the Rt. Hon. Speaker of the House that, “the call for rebuilding Lagos is a continuous journey which must not be relented in order to have a better, greater and resilient Lagos State.”

Following other goodwill speeches from His Royal Highness, Oba Rilwan Akiolu, the Oba of Lagos, various dignitaries; Mr. Governor, Babajide Olusola Sanwo-Olu stated in his keynote address that the remodelling of Glover Memorial Hall reflects the determination of his administration to rebuild Lagos as well as promote the entertainment and tourism sector.

He further assured that his administration will not neglect the real identity of Lagos, “The completion and formal commissioning of the remodelled Glover Memorial Hall reflects our determination to rebuild Lagos, revamp our historic and public assets.”

“Today’s event signals a gradual return of activities within the tourism and entertainment sector. It is a testament to a splendid past and an indicator of a more glorious future in which Lagosians have the jobs and opportunities that they require to flourish.” He maintained.