Lagos Assembly condemns the release of 123 indigenes of Jigawa State 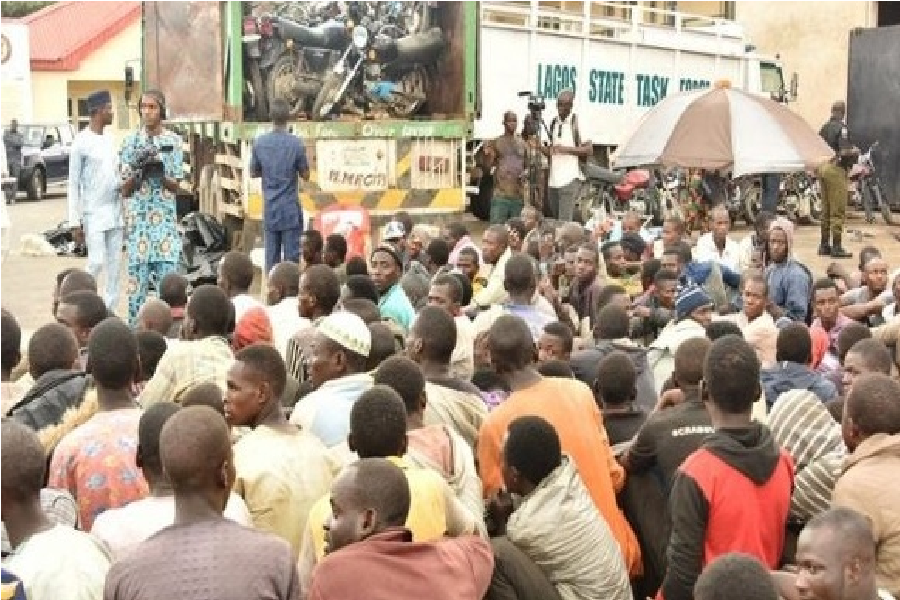 Lagos Assembly condemns the release of 123 indigenes of Jigawa State

Lagos State House of Assembly has condemned the release of 123 indigenes of Jigawa state arrested by Task Force operatives with their motorcycles on entering the state in a suspicious manner.

Majority Leader, Hon. Sanai Agunbiade, raised the issue under matter of urgent public importance at plenary on Thursday.
Sanai said nobody knew the intention of those who came in with motorcycles from their town, saying it is a threat to the security of the state.

The lawmakers, who lamented the influx of Hausa boys with motorcycles into the state with cow trucks, called on the Commissioner of Police to ensure adequate security of lives and properties.

The House also called on the National Assembly to review the constitution to accommodate State Police and also reiterated the need for special status for the State.
Hon. Maucaley Mojisola representing Amuwo constituency I suggested that Governor Sanwo-Olu should raise the issue among other governors to caution their people on the need to adhere to laws of Lagos State.

Fatai Mojeed representing Ibeju Lekki I said there was need to involve Vehicle Inspection Service (VIS) to commence the inspection of unregistered motorcycles.

Hon. Abiodun Tobun argued that the 123 northerners arrested and released should have been sent back with their motorcycles, saying their release was not good enough.
“They are here to constitute nuisance because they have no value to add to the development of the state,” he said.

The Speaker, Rt. Hon. Mudashiru Obasa, who supported his colleagues, added that the budget of the State is no longer enough to cater for the people.
“The law that permits movement of people also gives power to the State to direct its affairs.
“Those who come in must abide with the rules and regulations. The commissioner of police should have handed over the 123 people to immigration for proper identification before their release. “This is more reason why Lagos needs special status with state police to secure lives of the people,” he said.

The House also urged Governor Babajide Sanwo-Olu to empower the neighborhood safety Corps to ensure security in the State.