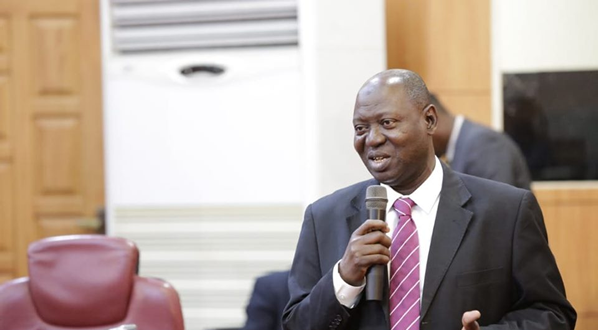 The Lagos State House of Assembly on Tuesday confirmed Hon. (Justice) Kazeem Olanrewaju Alogba as the Chief Judge of the state.

Speaker of the House, Hon. Mudashiru Obasa, stated that the Chief Judge had proven to be capable of the office and that it was a mere formality for him to appear before the lawmakers for confirmation.

It will be recalled that Alogba had been serving as the Acting Chief Judge of the state for some months.

Speaker Obasa subsequently asked Justice Alogba to explain why the Executive always defeat the legislature whenever there was any court case between them.

Justice Alogba however replied that it should not be the norm for a particular party to always win in the court, but that it depended on the facts being presented and who is marshalling the case.

The House subsequently confirmed Alogba as the Chief Judge of the state through a voice vote supervised by the Speaker.

Alogba, who was born in 1960, attended Holy Trinity Primary School and spent four years in the school before proceeding to Ikorodu High School.

He later proceeded to Baptist Academy for HSC and then went to the University of Lagos, where he read law and graduated in 1981.

He started working at the Federal Ministry of Justice in 1982 before he left for private service and worked in law firms as a lawyer before joining the service of the Lagos State Government as a judge.