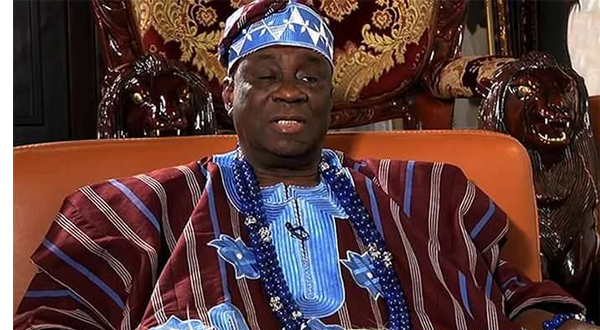 The Lagos State House of Assembly on Thursday congratulated Oba of Lagos, His Royal Highness Rilwan Akiolu on his 15th coronation anniversary.

Hon. Lanre Ogunyemi raised this as a matter of urgent public importance, saying that the celebration was well deserved.

He commended the efforts of the Oba towards various developments in the state, adding that Akiolu had greatly promoted cultural values in Lagos State.

“I stand to congratulate the royal father, who has unrelentlessly played major roles in enhancing security in the state, and who is also a courageous king”.

Hon. Tunde Braimoh described the royal father as a blessed king, who has brought immense blessings to the state to an extent.

He said, “Before he was enthroned as Eleko, the population of Lagos was nine million and now it has increased to 22 million, this is part of the blessings enjoyed in Lagos through the fortune of the king and this a commendable achievement.”

While congratulating the royal father, Hon. Yinka Ogundimu said that Oba Akiolu contributed immensely to the development of the country and particularly Lagos by supporting good governance.

Hon. Bisi Yusuff described the king as a wise and courageous traditional leader, adding “we can see during his tenure peace and stability is always maintained in Lagos State.”

Hon. Sanai Agunbiade also commended the monarch, saying that the royal father should be emulated in terms of good attitude and his generosity to the masses.

On his part, Hon. Abiodun Tobun said, “Oba Akiolu is an exemplary good leader that pays his tax regularly.”

In his contribution, the Deputy Speaker of the House, Hon. Wasiu Sanni Esinlokun appreciated the members for the move and prayed for the longevity of the king, who he described “as a great leader whose style of administration has brought fortune to the state.

“Kabiyesi is a great leader, who would never be forgotten in the history of the state in the context of economy and other development.”

The Speaker of the House, Rt Hon. Mudashiru Obasa reiterated that “he has been playing a fatherly role which has been helpful in various ways.”

He therefore directed the Clerk of the House, Mr Azeez Sanni to write a congratulatory letter to the king on behalf of the House.