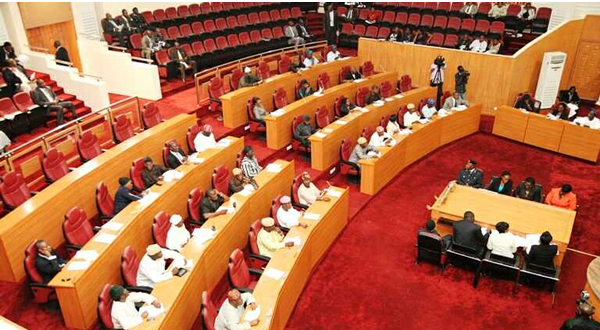 Members of the Lagos State House of Assembly have expressed reservations over some provisions of a proposed law that would harmonize all existing environmental laws in the state.

The Executive Bill, which has 251 sections is titled, “A Bill for a Law to Provide for the Management, Protection and Sustainable Development of the Environment in Lagos State and for other Connected Purposes.”

The House, which cut short its recess to deliberate on the Bill, took the first and second readings of the Bill simultaneously and has also slated the Public Hearing on the Bill for Thursday 9 February, 2017.

The Chief Press Secretary to the Speaker, Musbau Razaq, had earlier hinted in a press release that several laws which regularised various aspects of environmental matters and protection in the state would be harmonized.

At the plenary, which was presided over by the Speaker, Rt. Hon. Mudashiru Obasa, majority of the members faulted the over concentration of power to the Commissioner of the Environment, saying that this would weaken the powers of the agencies saddled with the responsibilities of managing the environment.

Also, some of the lawmakers believe that some sections of the Bill contravene the provisions of the 1999 Constitution as amended.

In his address, the Chairman House Committee on the Environment, Hon. Saka Fafunmi told his colleagues that the Bill should be given accelerated passage because of its importance.

Fafunmi, however, noted that there were areas that would be tinkered with at the committee stage.

“The Bill seeks to harmarnise all the existing laws on the environment. It will create jobs for our people. It also seeks to have environmental sanitation corps.

It will establish tribunal for resolution in terms of disputes.

“You will agree that if any law is being implemented, there is bound to be disputes, the Bill proposes access to court. The only disadvantage I can see is that of the over concentration of power to the ministry of the Environment,” the chairman said.

In his opinion, Hon. Rotimi Olowo, the Chairman, House Committee on Budget and Economic Planning, who noted that the intention of the bill was good, said that it gave too much powers to the commissioner.

Olowo said: “The powers to borrow that is put in the hand of the commissioner can be abuse, it should be subjected to the approval of the House.

“The bill, though, seeks to ensure that the state has a sustainable environment, our environment is very important to our existence. It is good and we should allow it to go to the committee stage.”

Hon. Segun Olulade, the Chairman, House Committee of Health Services, who called for the involvement of the local government in enforcement said that the commissioner would have too much powers.

Olulade said:”It (bill) is good on paper, but we should look at the implementation. The Trust Funds should include key stakeholders. Great power is given to the commissioner.”

The Deputy Majority Leader, Hon. Muyiwa Jimoh said: ” The bill has so many benefits but contains so many inconsistencies and conflicts with Federal laws. The powers of the commissioner is too much, compressing about eight laws of the state into one will make him more powerful.”

Also speaking, Hon. Bisi Yusuf, the Chairman, House Committee on Public Accounts (Local) noted that the bill was “nice”, adding “This bill makes the commissioner to be higher than all the institutions under him. The commissioner has the power to hire and fire.”

In his comments, the Speaker said that the intendiment of the Bill is to have a written law under one umbrella to guide the implementation and urged that every agency should be independent.

“The composition of the Trust Fund is not acceptable. There is no way you would manage the environment without the involvement of the local governments. In a situation local governments are not performing, the state would have come in,” Obasa said.