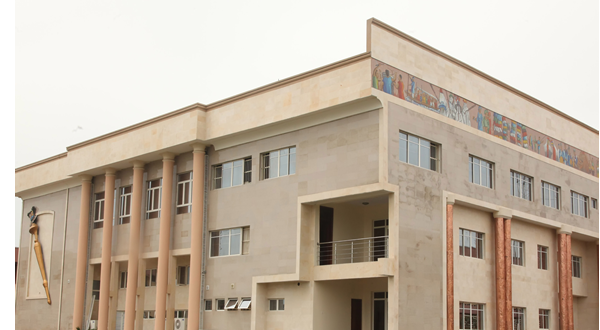 The Lagos State House of Assembly has demanded an unreserved apology from the Nigerian Police over the arrest and detention of an Islamic Cleric and 400 residents of Mushin Constituencies 1 and 2.

Hon. Sabur Olawale Olayiwola, representing Mushin Constituency 1 had informed the House of the incident under Matter of Urgent Public Importance.

This was seconded by Hon. Adefunmilayo Tejuosho from Mushin Constituency 1.

According to Olayiwola, the police carried out a raid in the two constituencies on February 28th, 2018 after the alleged killing of a police officer in Akala area of Mushin, which is in Constituency 1.

Olayiwola informed the House that an Imam was arrested on his way from the mosque, while over 400 residents of the area were also arrested.

He added that they were subsequently taken to a mobile court and were about to be taken to Badagry Prison, when he intervened and Governor Akinwunmi Ambode of the state, in conjunction with the state Attorney General, got them released on bail.

The lawmaker said that it was worrisome that this happened, adding that the state Commissioner of Police, Mr. Edgar Imohinmi and his men should be called to order and that they should tender their unreserved apology to the concerned residents.

The Speaker of the House, Rt. Hon. Mudashiru Obasa, who commiserated with the police on the death of one of their officers, commended Hon. Olayiwola and Hon. Funmi Tejuosho for their efforts on the matter.

“There is need for the police to be civil in their manner. They cannot continue to arrest and detain people anyhow.

“We commend the gallant men of the police and those, who lost their lives in the cause of protecting the people, but some of their actions are not good enough.

“It is not right to arrest people, display Indian hemps before them and detain them without proper investigation,” he said.

The Speaker then told the Clerk of the House, Mr. Azeez Sanni to write a letter to the police to sympathise with them on the death of their officer and demand an apology in a national newspaper on the issue from them and caution them against indiscriminate arrest and detention of residents of the state.

Hon. Tejuosho, in her contributions, stated that it was painful that the police could treat a cleric and several constituents in such a manner.

The Majority Leader of the House, Hon. Sanai Agunbiade stressed that there is procedure for arrest and detention of suspects.

He said that the display of Indian hemps with the suspects could not be substantiated, and that suspects should not be presumed guilty before trial.

Contributing, Hon. Sola Giwa (Lagos Island Constituency 2), noted that the issue brought to mind the need for state police, adding that most of the police officers are not familiar with the terrain of where they are serving.

Meanwhile, the House has constituted a 6-man committee to review the contentious Land Use Charge in the state.

They were directed to organise a stakeholders meeting on the law between Thursday and Monday and report back to the House in two weeks.

According to the Speaker, Rt. Hon. Mudashiru Obasa the House needed to revisit the law based on the accompanying public outcry on it.

“People should however, know that there is opportunity for them to contribute to lawmaking process during stakeholders meetings.

“If they had come forward before the Land Use Charge was passed into law they would have offered their suggestions rather than complaining later,” he said.