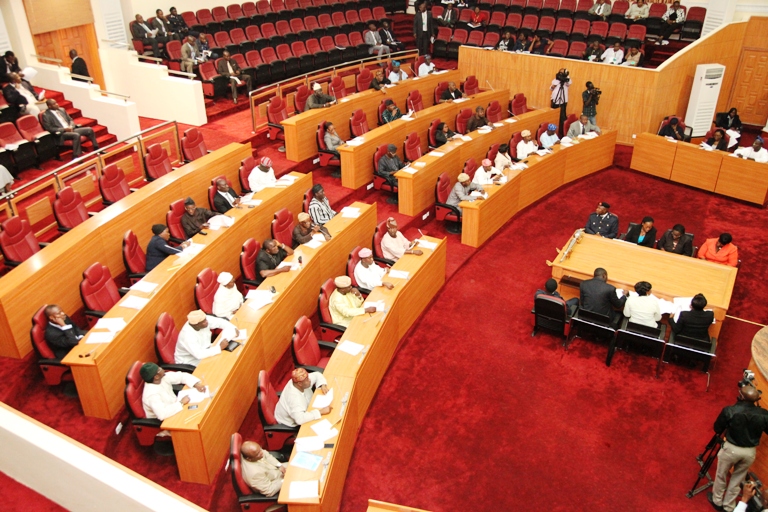 The Lagos State House of Assembly on Thursday directed Gov. Akinwunmi Ambode to prosecute perpetrators of the 2015 General Elections’ violence across the state.

This call followed a joint motion moved by the Majority Leader, Hon. Sanai Agunbiade and seconded by the Chairman, House Committee on Health, Hon. Segun Olulade.

The motion was sponsored by 16 lawmakers in the 40-member Assembly.

This House said that the Governor should direct the Attorney-General and Commissioner for Justice, Hon. Adeniji Kazeem to commence all necessary legal processes that would ensure prosecution of the masterminds of all reported cases.

Explaining, Agunbiade alleged that the security agents had failed to take any step to prosecute the culprits since the last elections.

“This House notes with dismay, the significant number of violent incidents that occurred in different parts of the state during the 2015 General Elections

“This resulted in death, damage of property and bodily injury of some citizens of the state.

“Some of the violent cases and attacks were reported to the police, but several months after the incidents, there have not been any traces of prosecution of any of the perpetrators.

“It was also observed that the jurisprudence of the criminal law is to ensure that offenders are punished to serve as deterrent to other members of the public, who might want to commit similar offence in the future,” he said.

Agunbiade added that unless the suspected masterminds of these violent acts were prosecuted in accordance with extant laws, other criminally minded people may be encouraged.

The Speaker of the House, Rt. Hon. Mudashiru Obasa after voice votes passed the resolution.

The House also passed a bill for a law to amend the Lagos State Independent Electoral Commission law 2008 and for connected purposes for the third time.

Also, a bill for a law to amend the Local Government Election Tribunal law 2001 and for connected purpose was passed.

The Speaker directed the Clerk of the House, Mr. Ganiyu Abiru to forward a copy of the Bill to Ambode for his assent.

The House then adjourned its plenary session to Monday, April 11, 2016.