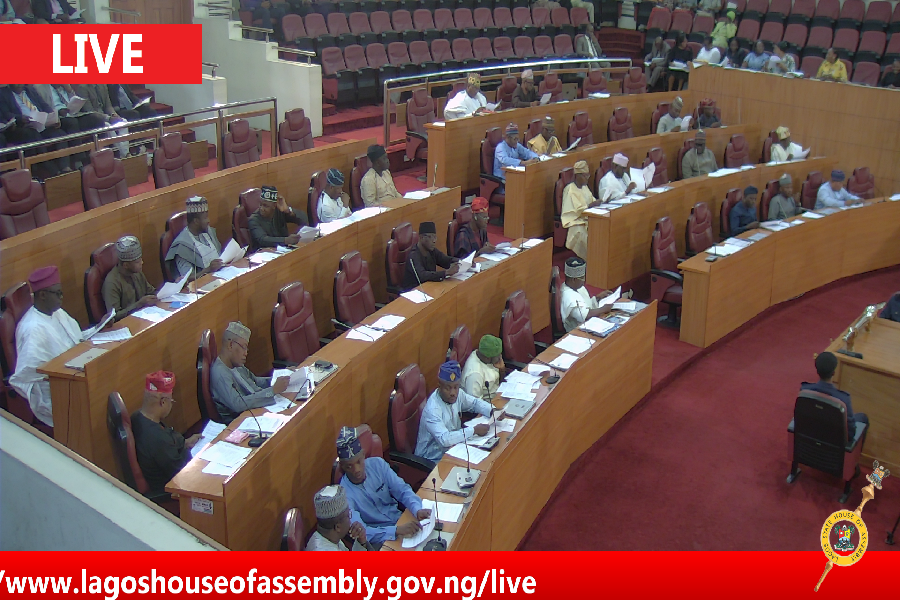 Lagos State House of Assembly has called on Mr. Babajide Sanwo-Olu, the Governor of Lagos State to ensure that where lands and property acquired for overriding public interests are not used for the intended purposes and compensations were not paid, such land should be returned to the original owners from whom they were acquired.

This is sequel to the petition titled, “Unlawful encroachment on Andoyi Alashe Chieftaincy Family Land Measuring approximately 16,867.766 Square Metre at Obanikoro: Re:Appeal for release of the land”

The Committee on Judiciary, Human Rights, Public Petitions and LASIEC, saddled with the responsibility observed that the petition alleged a portion of land measuring 16,857.766 square metre out of the vast land in Obanikoro, Lagos belonging to Andoyi Alashe Chieftaincy family was being encroached upon by the Lagos State Government despite the Supreme Court Judgment in 1951 in favor of the family.

The Committee therefore, in its bid to confirm the veracity of the allegation invited the petitioner and respondents to meetings; including the necessary Ministries, Department and Agencies of Government and embarked on on-the-spot assessment to the site in dispute.

It was also discovered that the Lagos State Government invited and sought the consent of Andoyi Alashe Chieftaincy family in 1995 for dredging and drainage construction in recognition of the fact that the family owned the land.

Further findings by the Committee showed that the ₦143, 125.00 (One Hundred and Forty-Three Thousand, One Hundred and Twenty Five Naira) only purported to have been paid by the Government as compensation represented half of the total compensation due to the family as ordered by the Lagos State Land Tribunal Judgment of 1981, which further represented 114.5 acres of land and there was no proof or document from Lands Bureau to show that any other compensation was paid to the family.

Barr. Bamidele Ogundele, solicitor to Andoyi Alashe Chieftaincy family, informed the Committee that his client had been the beneficial owner and in lawful possession of a vast land at Obanikoro, Lagos out of which a portion measuring 16, 857.766 square metre suddenly became contentious between the family and Lagos State Government.

He stated further that the 25 plots of land in question had been fenced by the family for the past 25 years before the Lagos State Government later came on board to acquire same and despite all the documents afore-mentioned, the Office of Surveyor General refused to grant survey approval on the property to the family.

He enjoined the House through the Committee to prevail on the Office of Surveyor General to expeditiously grant survey approval for the family in view of the fact that all other necessary documents on the said land had been obtained.

The recommendations as amended were therefore adopted to be the resolutions of the House.