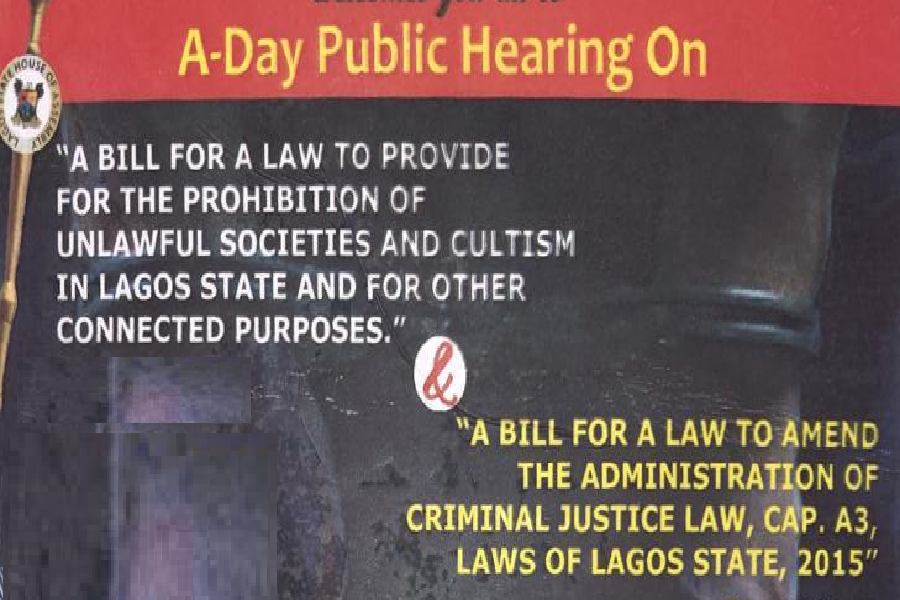 Lagos State House of Assembly’s Committee on Judiciary, Human Right Public Petitions and LASIEC held A-Day Public Hearing on a Bill for a Law to provide for the prohibition of unlawful societies and cultism in Lagos State and for other connected purposes.

The Bill which states that a person shall not form, organize or belong to any named, unnamed or yet to be named society within the State whose objective is illegal, destructive, unlawful or contrary to public policy, safety and peace of the society shall be regarded as unlawful. 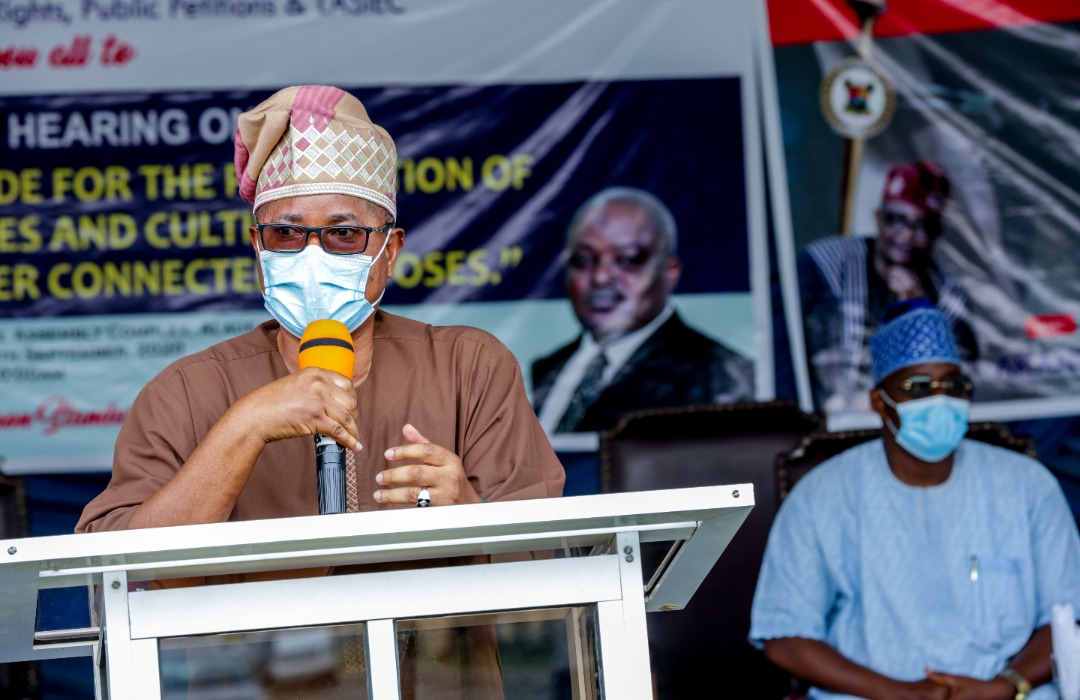 The Speaker, Rt. Hon. (Dr.) Mudashiru Obasa who was represented by his deputy, Hon. Sanni Wasiu-Eshinlokun, in his keynote address said the bill is germane to curbing all probable threats to our social tranquility.

This scourge which hitherto is usually found in our higher institutions has now encroached into the secondary schools and vastly gaining momentum against those that are not even in schools.

Cultism and unlawful societies have become a bane, ravaging our communal virtues and challenging our social fabric.

He added that hardly has a week passed in recent times that you will not hear or read cult related stories of this blood thirsty youths inflicting pains and agonies on law abiding residents of the state. “We may have noticed the alarming increase of this trend whence our children are initiated into different confraternities and being armed with dangerous weapons and abusing assorted illegal drugs to terrorize our neighborhoods”. He said. 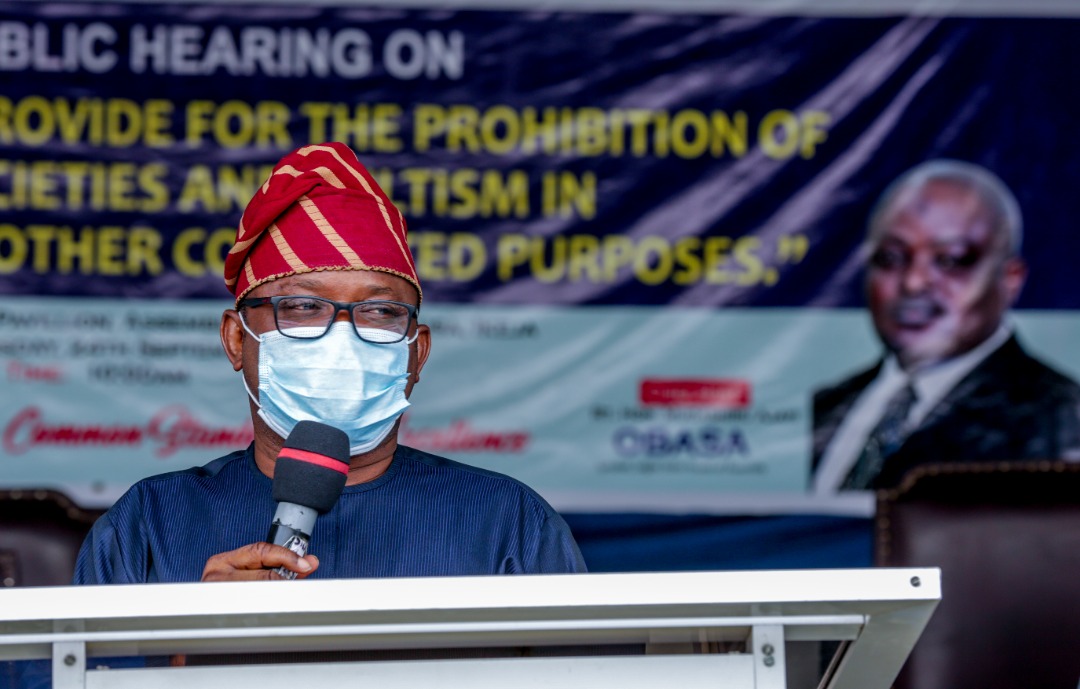 During the overview of the Bill, the Majority Leader of the House, Hon. Sannai Agunbiade noted that the bill provides for presumption of membership of unlawful societies. Any person who by means of intimidation, harassment, blackmail, or threat of violence, compels another person to join an unlawful society commits an offence and is therefore liable on conviction to a term of fifteen years.

The bill also provides that “Any person that is in fiduciary relationship with any student as the student’s teacher and influencer, who knowingly and unlawfully protects cultism in any guise under this Law, commits an offence and is liable on conviction to a term of fifteen years.

He assured the stakeholders that all contributions would be considered at the next stage of the amendment of the bill and it would be presented at the floor of the House. 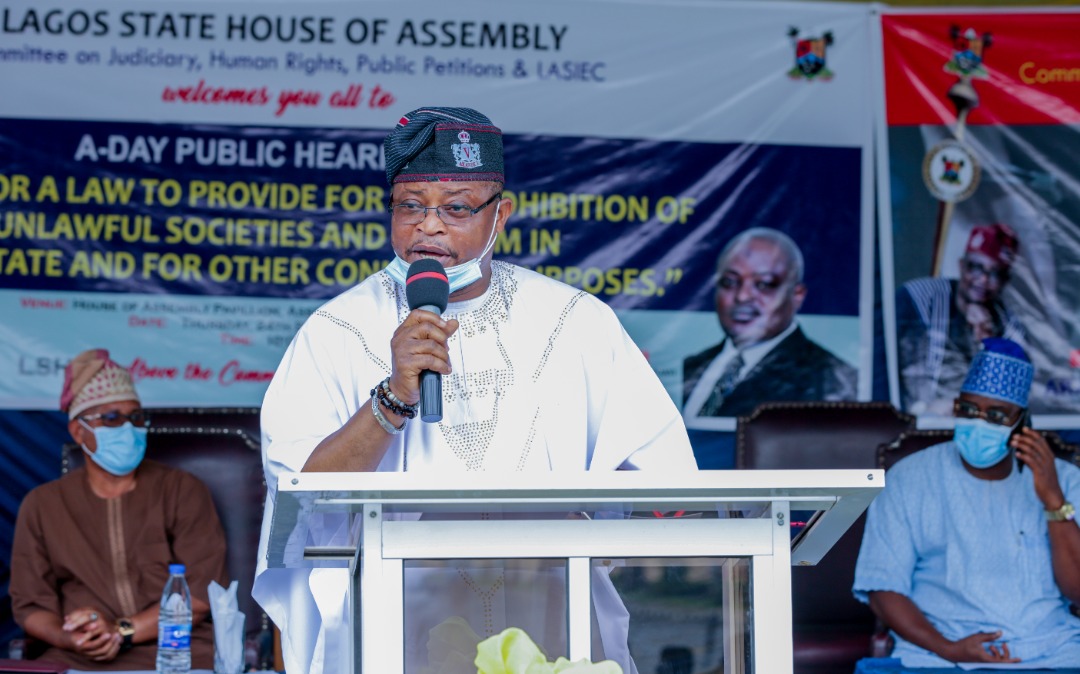 Hon. Victor Akande, Chairman of the Committee also implored stakeholders to contribute their opinion, observations and comments in respect to the Bill, while assuring them that their input would be considered and put into use.

In the same vein, the Committee also held a Public Hearing on a Bill for a Law to Amend the Administration of Criminal Justice Law, CAP.A3, Laws of Lagos State, 2015.

In an overview of the Bill, Hon. Sanai Agunbiade stated that the Law seeks to amend Sec 4 of the principal Law and a new section will be inserted to read that a person shall not be arrested in lieu of any other persons in a criminal matter and where any person is arrested in place of another, the court shall order immediate release if it finds that the person ought not to be arrested.

Also, a police or law enforcement officer making an arrest or to whom other persons hand over the persons arrested shall record and sign an inventory of the particulars of all the items or properties recovered from the person arrested. The copy of the inventory shall be given to his legal representative in order to retrieve his properties when found innocent of the allegations. Any person, who is arrested, may volunteer to make a confessional statement in the presence of a legal practitioner or other representative acceptable to the person making the statement.

Dr. Titilayo Akaba commended the efforts of the House in respect to the various Sections of the bill which she described as innovative.

Mr. Asade Abdul Basit, the Student Union President of Lagos State University observed section 6 (4) and requested that the section should be amended as a way to attain justice.

In response, the Deputy Speaker commended all Stakeholders in attendance and reassured them that all comments will be reviewed by the Committee, adding that acceptance of Memoranda will be on till Wednesday, 30th September, 2020.