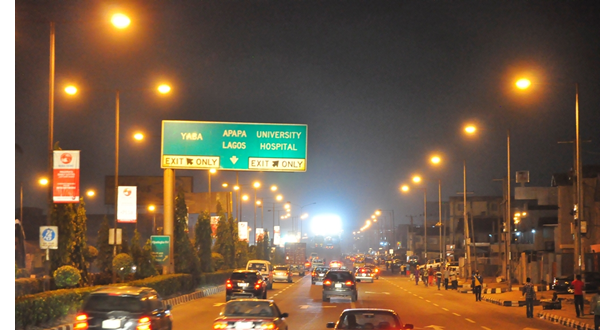 Lagos State House of Assembly on Monday at plenary summoned the Commissioner for Energy and Mineral Resources, Hon. Wale Oluwo and the Permanent Secretary of the ministry, the Attorney-Genera of the state and the General Manager of the Lagos State Electricity Board to explain to the House a Memorandum of Understanding the state government signed with a UK firm for the provision of street lights in the state.

This was sequel to a Motion moved by Hon. Gbolahan Yishawu (Eti-Osa 2) under matter of urgent publuc importance after bringing to the notice of his colleagues a newspaper (not The Nation) report published Tuesday March 6 of the signing of the MOU with the UK firm.

Yishawu said the agreement is shrouded in secrecy as it is not known to the House, wondering where the money to execute the project will come from. Adding that the whole arrangement gives room for speculation because different amount is being quoted as the agreed sum for the project.

The House set up an ad-hoc committee chaired by Hon. Moshood Oshun(Lagos Mainland 2) to handle the matter, other members of the committee are: Hons. Lanre Ogunyemi (Ojo 2), Olufemi Famakinwa (Aneromi/Ifelodun 1), Lanre Makinde (Ifako Ijaaiye2) Oshodi/and Jude Idimogu (Oshodi/Isoli 2). They were given one week to report back to the House.

In his contribution, Hon. Dayo Famakinwa said that it is worrisome that the executive has decided to embark on a contract not known to the House, “and it should be condemned because government is ruled by law, exco needs some tutorial on how to run things in government.”

Although Hon. Tunde Braimoh called for caution because according to him MOU is not a contract, he was however reminded that even MOUs involves state funds which has to be apprioprated by the House; while Hon. Victor Akande (Ojo 1) said the commissioner should be asked to produce the MOU to know if it has the connotation of a contract.

Other lawmakers also frowned at a situation where the executive members execute projects without the knowledge of the House with Makinde saying “as representatives of the people we need to be aware of whatever project being executed by the executive because our people will ask us. We need information”, he said.

While Hon. Kasunmu said, “it is not good enough that the legislature is not aware of what is going on regarding this issue”.

Speaker of the House, Rt. Hon. Mudashiru Obasa agreed with his colleagues that it is very necessary for the legislature to know what the executive is doing, “they should bring it to the notice of the House especially when it has financial implications; because even the special fund mandates the executive to take recourse to the House before it can spend from the fund.

“Any MOU or contract without recourse to the House is not binding on the legislature; the House and the constitution should be respected”, Obasa said.