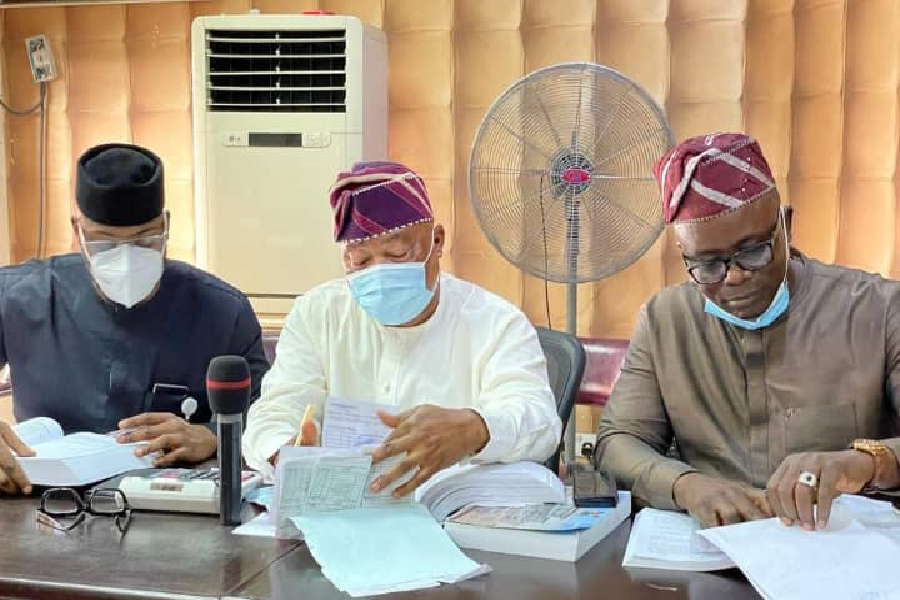 A committee on Public Accounts (State) of the Lagos House of Assembly on Wednesday commenced the consideration of the Auditor-General’s report on the accounts of the State for the year 2020 with its chairman, Hon. Saka Solaja, promising that it is not a witch-hunt exercise.

Solaja, however, said the committee would invite indicted Ministries, Departments and Agencies (MDAs) for questioning in relation to its oversight function concerning the report.

Speaking just before the committee questioned the Lagos State Infrastructure Maintenance and Regulatory Agency led by Engr. Bisoye Coker Odusote, Solaja noted that the exercise was empowered by Section 125(2) and Section 129(1c) of the 1999 Constitution as amended.

“The aim of the committee is to invite all heads of the indicted MDAs and to seek
clarifications regarding the queries raised in the Auditor-General’s report to
enhance service delivery in the State.

“The exercise will also ascertain the completion, accuracy and reliability of the
financial transactions within the sectors and confirm the level of compliance with
financial regulations, relevant legislations and accounting standards and reflect on
each sector’s financial performance and position.

“In addition, the committee
would confirm the revenue and budget performances of all MDAs, reconciliation of the financial records with the Oracle
System of the of MDAs and ascertain the project management and control systems of MDAs in Lagos State.

“I urge you to bear in mind that public expectation is high on this administration, as we have been acknowledged as the reference point in probity and accountability in governance by other States in the Federation.

“The House of Assembly under the leadership of the Rt. Hon. Mudashiru Ajayi
Obasa cannot afford to disappoint the electorate as the present administration is
positioned to build and improve on previous foundations laid for the development
of the State.

“This exercise is not to witch-hunt any MDAs but to ensure that the committee’s
statutory oversight is used as antidote for financial recklessness by Ministries,
Departments and Agencies in the State.

“Let me assure you that reports of findings
and recommendations would be compiled and forwarded to the House for
deliberations after the exercise,” Solaja said.