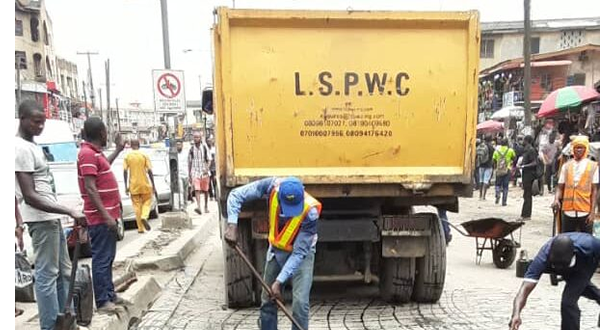 The Members of the Lagos State House of Assembly have resolved to call on the Governor of the State, Mr. Babajide Olusola Sanwo-Olu to direct the State Treasury Office (STO) to ensure that contractors are not paid mobilization fee without properly executing Contract Agreement and valid Advance Payment Guarantee (APG) at all stages of payment.

The House further resolved to call on the Commissioner for Works and Infrastructure and the General Manager Public Procurement Agency (PPA) to ensure that only contractors with requisite expertise, equipment, man power and experience should be awarded road construction contracts and those who fail to meet up with project execution as contained in the contract agreement are sanctioned and blacklisted.

The Commissioner for Works and Infrastructure and the General Mananger PPA is equally enjoined to ensure that Right of Way is secured and project sites are free from any encumbrance before money is released to contractors while also ensuring that identified companies such as Dangote Group of Companies whose vehicles are responsible for excessive pressure on roads meant for lighter freight in the state should be made to bring their Cooperate Social Responsibility on such roads and the Special Adviser of that Ministry should ensure that project engineers maintain quality supervision. Also, defaulting contractors will be l appropriately sanctioned henceforth.

Hon. Abiodun Tobun representing Epe Constituency I who moved the motion observed the negligence of some corporate entities whose trucks damage othe roads without any sign of concern by the companies as well as lack of Corporate Social Responsibilities – CSR “ government cannot do it alone”.

Hon. Bisi Yusuf opined that there must be quality, value for money. He reminded the Speaker Rt. Hon. Mudashiru Obasa that one of the roads he commissioned, Kudirat Abiola Road, 14 years ago has no single pothole . He suggested that weigh bridges to measure weight of loaded articulated vehicles should be resuscitated.

Hon. Olowo who also contributed suggested that at every stage of mobilization and other payments, the Advance Payment Guarantee (APG) should be alive.

Hon. Oluyinka Ogundimu also in his view observed that some contractors move to site without Contract Agreement. He suggested that the Ministry of Justice should ensure that contract agreement is in place before any work commences.

The Majority Leader, Hon. Sanai Agunbiade, representing Ikorodu Constituency I added that trailers with containers on Oba Sekuwole road in Ikorodu are still plying the hazardous road, “ it is a daily harrowing experience for people that pass through the area”.

The House therefore resolved to call on the Governor of Lagos State, Mr. Babajide Sanwo-Olu to take necessary action by directing concerned government agencies on issues raised by the lawmakers.