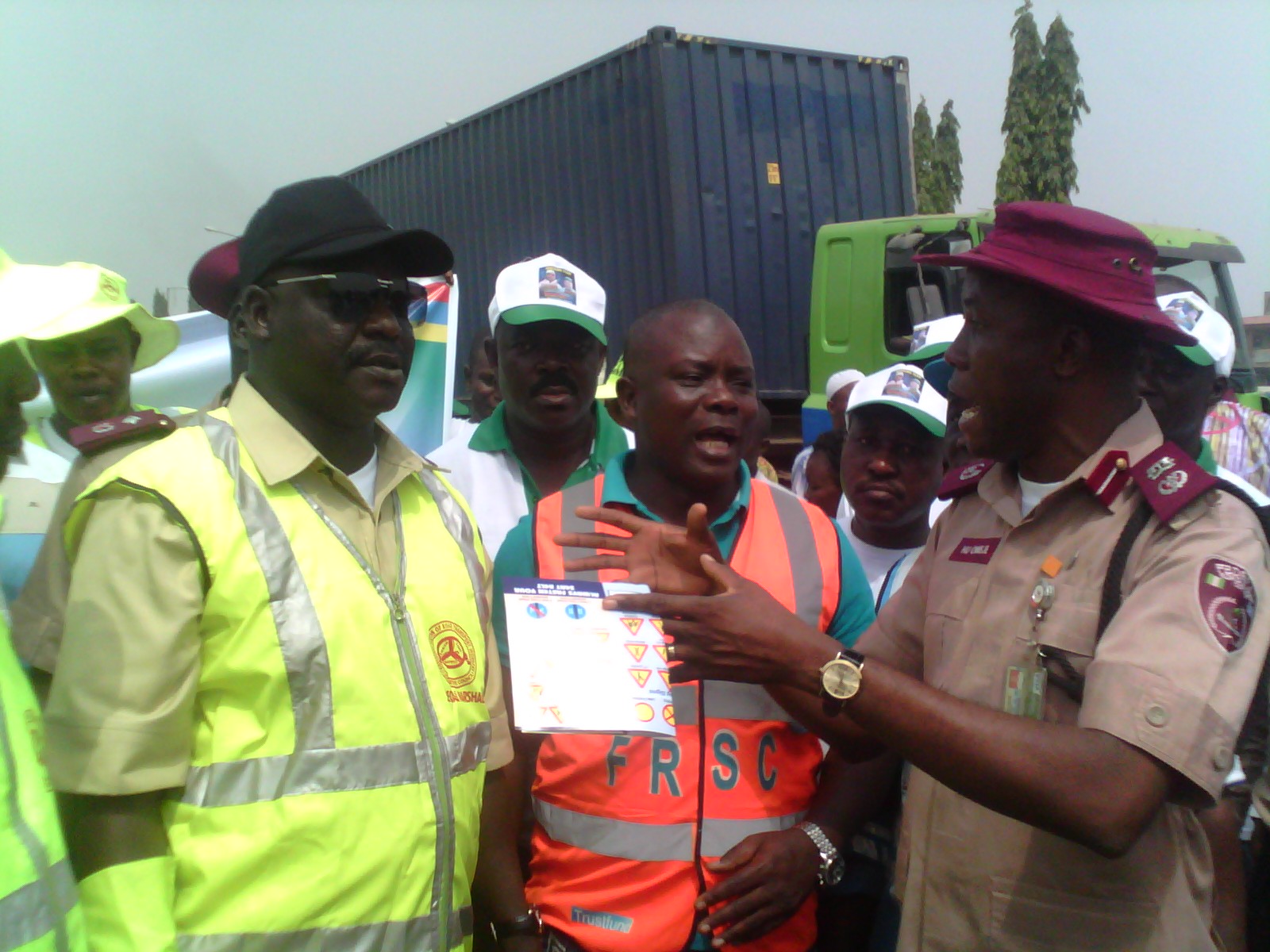 In a bid to prevent road accident and create more awareness on safe driving, the Lagos State House of Assembly Transport Committee, National Union of Road Transport Workers (NURTW) and the state sector of the Federal Road Safety Commission (FRSC) organised a sensitisation programme for motorists in the state on safe driving during the New Year celebration.

The sensitization programme took place on Wednesday 30th December, 2015 at the old Lagos/Ibadan Expressway toll gate with the participants, comprising members of the assembly committee, NURTW and FRSC officials, distributing fliers and campaign materials on road safety to motorists.

In an interview, Chairman of the House Committee on Transport, Hon. Fatai Mojeed said that the programme was an annual event by the House, adding that they decided to involve officials of the NURTW in the process this year.

“We expect sanity on our roads because of the high rate of accidents being recorded on our highways from October to December every year.

“Many people don’t abide by traffic rules and regulations of the state. The Special Marshal unit of the assembly started in the 7th Assembly and I am part of those that started it,” he said.

Hon. Mojeed said further that the sensitization programme is a continuous exercise, and advised the NURTW to assist in educating their members on road usage.

He added that he wished that members of the NURTW in the state would be different from the rest and that nobody is above the law in the state. He cited instances, where Governor Akinwunmi Ambode of the state arrested some motorists that plied BRT lane. In his contribution, the state Chairman of the NURTW, Alhaji Tajudeen Agbede stated that the purpose of the sensitization was to educate motorists on road usage, and that it was important for the people to know road signs. “We are doing our best to educate our members on traffic rules everyday and I will advise our people to reduce their speed because of their families and the passengers,” he said.

Also speaking at the event, the Lagos Sector Commander of the FRSC, Mr. Hygenius Omeje thanked the LSHA and the NURTW for being part of the programme. Omeje emphasised that everybody must work together to solve the problems of traffic in Lagos State, and advised special corps marshals to emulate such gesture.

He advised motorists to be more careful, while driving during festive periods, and warned residents of the state not to drink and drive as he said that those who indulge in such would be arrested and prosecuted. “We test motorists randomly and once you are caught, you would be off the road. Many commercial bus drivers overload their vehicles, but this would no longer be tolerated,” he said. The sector commander also used the occasion to warn motorists not to use their phones, while driving and added that children of 12 years of age and below should always sit at the back of the vehicle.

He maintained that over-speeding would not be tolerated and that there is need to obey traffic rules and laws in the state.